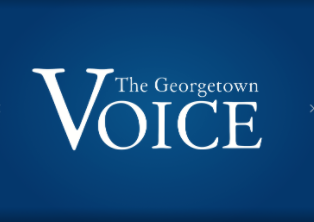 Gavin Bade is Managing Editor of The Georgetown Voice

Last Friday, D.C. City Council Chairman Kwame Brown announced he would propose legislation to reform another one of former D.C. Public Schools Chancellor Michelle Rhee’s policies, the IMPACT teacher evaluation system. The IMPACT system has been exacerbating problems of educational inequity and cyclical poverty in the city’s schools, and the Councilman’s proposal stands a chance of changing that.

If there’s one thing the Occupy Wall Street and Occupy D.C. protestors have achieved, it is shaking up the establishment. House Minority Leader Eric Cantor denounced them as “mobs” that pit Americans against Americans. President Obama’s thoughts were a bit more understanding. He said the protestors are “giving voice to a more broad-based frustration.”

As time goes on, more and more cracks have begun to show in ex-D.C. Public Schools Chancellor Michelle Rhee’s educational reforms. Even as investigations into the citywide standardized test cheating scandal continue, the focus turned this week to the sad state of many middle schools in the District.

City on a Hill: Teach a man to fish

On Tuesday, the U.S. Census Bureau announced that there are now more Americans living in poverty than in any time since collection of the statistic began 52 years ago. This problem is especially pronounced in D.C., where the poverty rate is 17.6 percent, which is 2.5 percent higher than the national average. In response to this problem, Mayor Vincent Gray’s office has begun Sweat Equity, a new and unprecedented effort that takes homeless families on the Temporary Assistance for Needy Families program and puts them to work renovating the District’s vacant buildings and apartments. When the work is done, the participant’s family can move into the residence with two years of city-subsidized rent.

On the record with DCPS Chancellor Kaya Henderson

I’ve been Michelle [Rhee’s] deputy for the past three-and-a-half years, so they are not her policies. They are our policies. I ran our human capital shop and everything that had to do with people, including hiring, firing, professionally developing.

Medical marijuana delayed in the District

Despite the passage of D.C.’s new medical marijuana law in May, chronically ill patients in the District are likely to see their wait for medicinal cannabis extended even further. The city’s regulations are still in the process of being finalized.

Globe warms up to green economy, U.S. left out in the cold