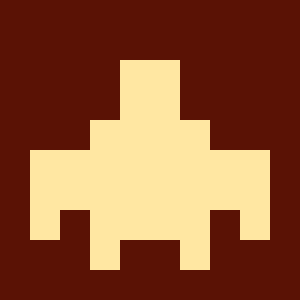 Carrying On:Twilight takes it all off

Carrying On: “I’ll make a man out of you”

Princesses, distressed damsels, and sidekicks—for years these roles have composed the majority of female roles in children’s literature and film. Even Pixar, with twelve animated major productions since 1995, has yet to produce a film with a female protagonist. This comes as no surprise.

Carrying On: Who watches the watchmen?

The latest Internet-sharing apocalypse has struck the procrastinating college student in full force. Megaupload has been driven to an early grave, leaving many young adults with withdrawal-like symptoms, driving them right into the arms of cheaper, virus-ridden substitutes—vidxden.com, fullonshows.com, firststoptv.com, to name a few.

Carrying On: Politics beyond the Hill

A few nights a week, I run roughly two miles to the White House and experience a brief moment of awe that, despite all that has happened during my time at Georgetown, the white walls still stand—untarnished, opaque, and foreboding. Every so often, I like to remind myself that I live in a city where leaders make decisions that resound further than a few city blocks. I will be the first to admit that I haven’t paid as much attention to the decisions made within those walls as some of my peers have. What I have paid attention to, however, is the image these leaders have constructed—who it is they wish me to see beyond the walls, rather than who they are within them. Just last week, I found myself lingering in front of the White House as men dressed in orange jumpsuits piled into a makeshift prison in the middle of the sidewalk clutching “Close Guantanamo” signs through the bars, in response to a promise made during Obama’s campaign that will likely go unrealized.

Recently, while filling out forms for a fellowship, I found myself confronted with the all too familiar race-based form that instructs me to please mark the box titled “White/Caucasian.” Of course, if I object to providing this information, I do have the option of marking the corresponding box. But I think it’s safe to say that marking the “I decline to respond” box is basically saying, “I’m white or another race that isn’t considered diverse enough for this institution.”

This is just the same old story: another Hollywood remake

A few months ago, I found myself tossing back my usual concoction of Sour Patch Kids and popcorn at the K Street Theater while watching the previews before No Strings Attached. The previews, in line with the coming movie, consisted of much of the same repetitive rom-com themes that every girl occasionally indulges. When the preview for Friends with Benefits came on, however, I did a double take—wasn’t that the exact same movie I came to see?

As I was searching for “friends” on my new Twitter account, I came across some of my old high school flames relaying the sultry details of their latest exploits. These tweets more or less consisted of dirty spin offs of a Tri Delta catch phrase or how “swoll” they are in preparation for some spring break debauchery.

A few weeks ago I found myself sitting across from two of my friends listing off, bullet by bullet, why I firmly believe in the right to bear arms. It was unexpected, considering I’m not a staunch defender of the Second Amendment.

I always imagine that great wonders in this world are discovered intact, uninhabited, and preserved. I imagined that American explorer Hiram Bingham stumbled upon Machu Picchu much like Disney explorers unearth El Dorado or Atlantis, but as I sat on a large stone slab—perhaps once monument to a priestly order or perhaps just a stone—I learned Bingham’s discovery of Machu Picchu was actually a rediscovery.

Binge, boot, and rally: The best night of your life?

The first time I drank vodka, I didn’t throw up everywhere. Instead, my late night Skyy-fueled antics drove me to collapse in a Starbucks the morning of my 16th birthday. To make matters worse, two men at Starbucks called an ambulance, but a fire truck came instead. I narrowly avoided a hospital visit. But the worst part was not the eventual grounding or the fainting, but the shame I felt for behaving so recklessly. My best friend had lost her brother only months earlier to alcohol poisoning during a hazing incident. It was her mom who caught me that morning.