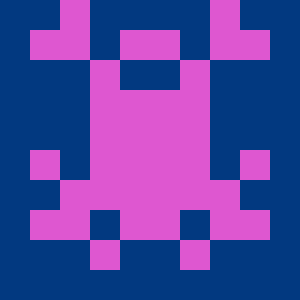 This year’s seniors (myself included) are in danger of becoming the first Georgetown graduating class since 2005 to leave college without witnessing the Hoyas win an NCAA Tournament game. And even the ‘05 class got to see a nice NIT run.

The Chicago Cubs recently spent $18.5 million on talent that won’t even step foot on the field during his time with the team. In fact, he won’t even be in the dugout. After being named the President of Baseball Operations for the Cubs, Theo Epstein has likely become Major League Baseball’s highest-paid executive. Not only are the Cubs paying a ludicrous fee for Epstein’s services, but they also have to compensate the Red Sox, for whom he had one year left on his contract. The Red Sox will probably receive a player from the Cubs for Epstein.

Turning in the jersey: student-athletes call it quits

Former Georgetown soccer player Claire Fuselier (MSB ‘13) had her fair share of experiences on the field for the Hoyas in her first two years on campus. Unfortunately, most of those moments weren’t the ones that made headlines. Fuselier, who described herself as more of a practice player, entered 12 games as a substitute and quit the team after her sophomore year.

After the Yankees crushed the Tigers last week to tie the American League Divisional Series at two games apiece, my friends and I bought tickets to game five in New York on the spur of the moment. As seniors, we didn’t care if we were going to miss a class or two. We thought was going to be one of those things where we would look back in 10 years and say, “that was one of the greatest decisions we ever made.”

The No. 13 Georgetown men’s soccer team (7-1-3, 2-0-0 Big East) put their nine-game unbeaten streak to the test Tuesday night under the bright lights of the Multi-Sport Field, coming up victorious 2-1 against crosstown rival American University (4-6-1) in only their second time ever playing on the synthetic surface.

Why is everything changing in sports? The NCAA’s conference realignment is the greediest game of musical chairs ever. The NFL had to fight through a lockout, and you better believe Roger Goodell hasn’t finished pursuing an 18 game schedule. The NBA likely won’t have a season this year. And perhaps the oldest of the major American sports, baseball, has been questioning its playoff model for the last couple of years.

Nothing has been normal in the NFL since Aaron Rodgers and the Green Bay Packers claimed the Super Bowl crown last February. In a summer when ESPN’s legal analyst, Roger Cossack got more air time than Ron Jaworski, teams missed out on critical time preparing for the upcoming season. Yet after the lockout was finally settled, all seemed right in the universe. Yes, players were rushed into preseason games and forced to bury their heads in playbooks. But a season was on the horizon, fantasy football was back, and the greatest American Sunday tradition was saved.

Washington D.C. is one of the best places in the country for a sports fan. It is one of only twelve cities in the United States that is home to a pro sports team in each of the four major sports. Even if our nation’s capital hasn’t seen a championship since Joe Gibbs’s Redskins in 1991, the Capitals, Wizards, Nationals, and Redskins provide a lot of buzz in the city, year round. But the city’s sports scene runs much deeper than its four major teams, boasting numerous amateur and charity events with world-class talent.

The Sports Sermon: The greatest rivalry in sports?

As I walked out of my friend’s downtown Boston apartment, I was met with a mix of excitement and alertness. I was headed to my first baseball game of the season—a special occurrence for any baseball fan. To make it better, the weather was perfect and the Yankees were playing the Red Sox.

As the attention spans of Americans continue to decrease, Major League Baseball finds itself in a tough situation. America’s pastime hasn’t changed its game in over a hundred years, and it’s not in any rush to cater to the multitasking-obsessed population by altering its regulations. Hockey changed its rules to increase scoring after the 2004-2005 lockout, and the NBA has frowned upon defense.