New Ocean Hall is a whale of a good time

The Sant Ocean Hall marks the largest addition to the Museum of Natural History since it was constructed in the early 1900s, so it is only appropriate that it takes up an extremely large space and contains vast quantities of information. The Sant Ocean Hall is the kind of exhibit that will still be interesting on the third or fourth visit, and its aesthetics make you want to return just for the visual effect. The main hall contains glass display cases that curve around the space, leading visitors around the room in an orderly pattern. Oceanic hues of blue and green emanate from every display, and the entire room’s wavy and luminous quality gives the faint impression of being surrounded by water. A film of undersea scenes playing on panels surrounding the room makes the entire museum feel submerged.

Trains: they’re the only way to fly

After a few too many flights where pilots sighed, “Well, we made it,” and fellow passengers made the sign of the cross as the wheels finally managed to stick their landing, I knew it was time to find a different way to get around. Because they seemed to succeed where planes failed—with wheels firmly attached to the ground at all times—I began to take trains everywhere I went.

As our plates steadily emptied of their honey-baked ham and sweet potato pudding last Christmas, I suddenly realized my family had nearly exhausted our usual yuletide conversation topics (including plans for escaping the grimy winter months ahead through trips to Pennsylvania’s version of the Riviera—Florida) and was headed directly for that reliably disastrous discussion topic: politics.

Newseum: where the news comes to die

If that sounds expensive, it was: total costs for the new museum are estimated at $450 million. Paid for by major donations from Bloomberg LP, the New York Times Company, News Corp, Comcast, Time Warner, ABC, NBC and others, the Newseum claims in its promotional material to have two major goals: to educate the public about the importance of the First Amendment, and to help “the media and the public gain a better understanding of each other.”

And if a museum of the media, by the media and for public relations purposes sounds a little fishy, it is.

“The great thing about couples is they arrange themselves in these weird positions,” Amy Sillman explains in an exhibition publication about her series of paintings, Third Person Singular. At Sillman’s new show at the Hirshhorn Museum, you can see that she’s on to something: the entrance wall is covered with black-and-white sketches of various pairs lazily sprawled over each other on a couch, rigidly sitting straight up with arms awkwardly around each other’s backs, or curving their legs to play footsie at a dinner party. The heart of Sillman’s work, though, is the abstracted bursts of garish color that develop from these primary studies of geometric relationships between bodies.

Separated, under the same moon

If you can ignore the clichés that push along the plot of Under the Same Moon (La misma luna), you’ll find a sometimes-adventurous movie about the challenge of crossing the U.S.-Mexican border. Yet each time Under the Same Moon hints at character development or a unique perspective on immigration, an overdone, blurry camera shot— signifying a lost little boy’s sense of confusion—ruins any semblance of originality.

The advertisements for the Corcoran Gallery’s new exhibition, American Evolution, juxtapose two iconic images—Gilbert Stuart’s portrait of George Washington and Andy Warhol’s silkscreen of Chairman Mao—in an irreverent, catchy pairing. So I expected the exhibition to be a series of attempted “evolutionary” links between American works of art, but the Zedong-Washington alliance is actually the only one of its kind there. American Evolution might have used the iconic images to lure tourists into its convenient location across the street from the White House, but its real message is to be that the visual history of American myths created by our art are often accepted as reality—a reality which sometimes needs to be challenged.

Boys and death in a City of Men

In an early scene from Brazilian director Paulo Morelli’s City of Men, best friends Ace and Laranjinha pester Laranjinha’s grandmother for clues about his absent father. The grandmother scoffs at the questions, asking them what good could come from a father who abandons his own child. Ace (Douglas Silva) and Laranjinha (Darlen Cunha) exchange a terrified look, run out the door and scramble through the favela shouting the name of Ace’s young son, Clayton (played by twins Vinícius and Vítor Oliveira), who has been dropped off with acquaintances somewhere in the slum. His father has no idea where he could be.

Ace and Laranjinha’s frantic quest to find Clayton reflects the film’s central themes of fatherhood and maturity. City of Men is based on the TV series that was inspired by Fernando Meirelles’ 2002 film City of God. City of Men shares with that movie its setting in a favela of Rio de Janeiro, an area of violent gang crime; the characters differ, although some of the actors return. While City of God made gang wars the centerpiece of the film, though, City of Men accepts them as a part of life in the slum and focuses on what Morelli sees as the root of the problem: absentee fathers.

Effective cinema: the movies of your dreams

Some pieces in “The Cinema Effect” challenge our notion that moving pictures on a screen require a story, while others indulge it magnificently. One of the most impressive exhibitions currently in D.C., “The Cinema Effect” delivers a well-conceived blend of pieces to create an alternate, dream-like world.

Recognize!, the National Portrait Gallery’s new exhibit about hip-hop culture, is slightly self-admonishing, born of a desire to recognize the movement’s work as “museum-worthy.”
Doing a bit of sampling of its own, the Portrait Gallery chose a photographer, a painter, a poet, a video artist and two graffiti artists to showcase different aspects of hip-hop. Forgoing its usual strategy of sticking to retrospectives, the Smithsonian museum has produced an awkward first foray into current culture. Although the exhibit feels disjointed and insufficient at times, most of its pieces are unique and worth seeing. 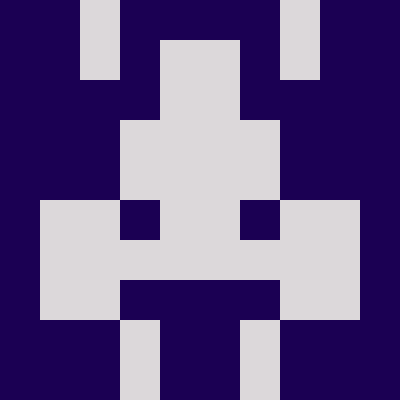