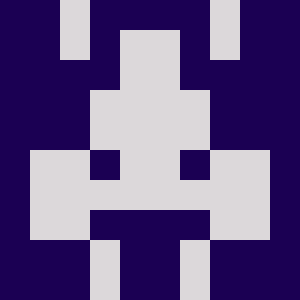 4 Months, 3 Weeks, and 2 Days, the latest success from Romania’s growing filmmaking community, is honest and brilliantly directed. The film recently opened in D.C. after winning the Cannes Film Festival Palme d’Or and garnering international praise for writer/director Cristian Mungiu’s nonjudgmental portrayal of a young woman seeking an illegal abortion with the help of a close friend.

A film like Persepolis, which is set amidst extreme political turmoil, runs the risk of being identified as simply about conditions during the Iranian Revolution. While the spirited protagonist Marjane lives in a country that becomes increasingly veiled, repressive and dangerous, the film appeals to emotions more than politics, and tells an engaging story about a curious young girl who grows up on her own terms.

Diary of a Bad Year: Not so bad for marginalia

Imagine reading an essay on political theory that has a note scrawled along the bottom of the page in the author’s handwriting. It describes a young woman he has just seen walk into a laundromat wearing a “tomato-red shift … startling in its brevity.” Notes continue on pages throughout the essay, bit-by-bit, developing into a suspenseful tale of the relationship between the writer and the woman, while interacting with the philosophical work with which it shares the page. This is the basic format of J.M. Coetzee’s inventive new novel, Diary of a Bad Year.

If you find yourself forgetting how to use utensils because your diet consists entirely of finger-food favorites like bagels and pizza, you’re in luck. There are only three days left of D.C.’s Restaurant Week (extended at some places like Farrah Olivia), when the best restaurants in the city offer top-quality cuisine for a fixed price of $20.08 for lunch and $30.08 for dinner in honor of the new year.

Some restaurants do everything decently, others do a few things well and a small number do one thing spectacularly. Just as Ben’s Chili Bowl is all about the chili, El Pollo Rico earns its customers by serving delicious chicken.

With the Writers Guild of America entering its fourth week on strike and no new episodes remaining of most scripted shows, networks are pulling out the big guns—namely, a bowtie clad Tucker Carlson. He’ll be the host of a new game show about trusting complete strangers to win cash. If that isn’t depressing enough, there’s no shortage of horrible ideas for unscripted shows to fill in the slots usually taken by 30 Rock or The Late Show: “My Dad Is Better Than Your Dad,” “Baby Borrowers,” and “When Woman Rule the World” (what, we don’t already?). To help cope with the onslaught of mediocrity that will rule the airwaves until the writers and networks get a contract signed, here’s some TV-on-DVD you may not have heard of:

America according to Colbert

If I were to take the advice Stephen Colbert’s offers in his new book I Am America (And So Can You!), I wouldn’t stoop so low as to write about the hilarious and much-needed “Constitution for the Colbert Nation.” I would feel it with my gut.

On the first Sunday of each month, the National Museum of Women in the Arts drops its $8-10 admission fee and lets the community in for free. That means that... Read more

Echoes from the Melting Pot reverberates

Next week, Georgetown’s Davis Performing Arts Center will host two interactive installations, an unprecedented event for the venue. From the British Council U.S. comes the Black Atlantic Project (BAP), an experimental musical collaboration that evolved from seven British and American musician poets who sampled and re-mixed each others works to create a trans-Atlantic hip-hop conversation.

Culinary routines can use a rethinking now and again, and the beginning of the year is a perfect time to try something new. Malaysia Kopitiam, just a five minute walk from Dupont Circle, offers an introduction into lesser-known Southeast Asian cuisine.