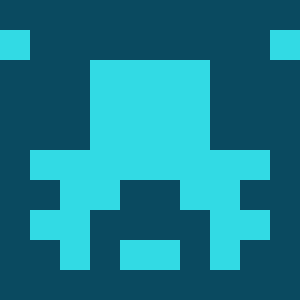 Down two points with a second consecutive berth to the Shark Basketball League playoffs on the line, North Indian Ocean Angel Sharks forward Carl O’Connor didn’t have time to think. He just knocked the ball toward the hoop with his broad pectoral fin, like he’d done in practice time and again. Swish.

Last year, a video of then-freshman Tate Tucker (SFS ’14) rapping in front of Lupe Fiasco during Michael Eric Dyson’s sociology class went mildly viral—partially because the words “Georgetown” and “rapper” aren’t often seen in the same sentence. From the video it was clear that Tucker had talent, but there, as well as on his debut mixtape Blue Dreams, he sounded like he was trying a bit too hard, cramming too many rhyming words into the same line and often running out of breath. A year older now, Tucker is much steadier and restrained on his pleasantly surprising new EP, Virgin Liberation, nine songs of his strongest material yet.

On Cloud Nothings’ first two albums, Turning On and Cloud Nothings, Dylan Baldi’s band was saddled with the classifier “lo-fi pop,” a term that wasn’t really inaccurate but didn’t quite do justice to the band’s unique sound. It’s true that most of Baldi’s songs were hummable two-and-a-half minute jams coated in a reverby distortion haze or blazed-out, melodic mumblers. Even so, there was a kinetic anger behind the endless progression of catchy bridges and hooks. It was Wavves via the Pixies via No Age. “Lo-fi,” sure, but there was something deeper going on than “pop.”

Getting to know the freshmen

An introduction to the five freshmen in one of Georgetown's most complete recruiting classes in years: Otto Porter, Jabril Trawick, Tyler Adams, Mikael Hopkins, and Greg Whittington

While most Georgetown juniors are busy finding an internship or making plans for their last summer as undergraduates, Kelsey Hendricks (COL ’12), has a much more urgent concern: returning to Georgetown for her senior year.

A mural dilemma: Looking for inspiration on the Leo’s wall

Like almost every Georgetown student, I don’t enjoy much of the time I spend in Leo’s. But it’s not the food that bothers me. I love the “Flavors of Home” line, I love the sweet potatoes and the white sauce on the boiled noodles, and I love making myself waffles downstairs. People who complain about the food in Leo’s are either spoiled or not hungry enough. But, though it has nothing to do with the dining hall’s gastronomic offerings, my lunches and dinners are still unsatisfying.

Lord of the wings: One night in Wingo’s

Chicken is my favorite meat. It’s comfort food, familiar and unpretentious, and it’s versatile, providing moist, savory substance to dishes from almost every culture. But for chicken enthusiasts, one of the meat’s most essential styles is also one of its simplest: a short, unbreaded section of the bird’s wing that is fried and basted in sauce, sometimes called a buffalo wing or hot wing if the sauce is spicy.

It’s been just over a week since Kanye West released his latest album, My Beautiful Dark Twisted Fantasy , and the verdict is already in: it’s a classic. MBDTF debuted as the number-one album in the country. It has received perfect ratings from Pitchfork, Rolling Stone, and countless other publications.

Sweet-shooting Sugar pours it in

What a difference a year makes. Last November, Sugar Rodgers was just another incoming freshman on a relatively low-profile team coming off of an NIT season. But after leading the Hoyas in scoring with 17.6 points per game in her freshman campaign and setting the school record for three-pointers in a season with 83, the 5-foot-11 shooting guard has made a name for herself—and for the team—in a Big East conference that has consistently been dominated by Geno Auriemma’s Connecticut Huskies.