The Class stands and delivers

Let’s be frank: the movie industry needs another white-teacher-inspires-racially-diverse-class flick like Suge Knight needs another fried Twinkie. Perhaps, then, the astonishing appeal of Laurent Cantet’s The Class—which was released in France last year and opens tomorrow at E Street Cinema—lies in how it avoids the heavy-handed preaching of its classroom ilk, offering an understated, nuanced…

The man with no other name but Clint

For a man who’s been acting in films for over 50 years and directing them for over 30, Gran Torino might seem like a victory lap—a final, self-indulgent opportunity for Clint Eastwood to play Clint Eastwood in a Clint Eastwood movie. Thankfully, Eastwood’s latest opus sidesteps such slovenly self-aggrandizement and, much like relatively recent directorial…

Tears, vomit, strippers and love in the New South jungle

As a sophomore I learned that being a Resident Assistant in New South is a lot like sipping the bitter nectar of new parenthood: vomit cakes the bathrooms and hallways most weekends, screams rebound unflaggingly ‘til dawn’s first light, and torrents of tears make Justin Timberlake’s “River” seem like a tributary.

Hundreds of avant-noise bands start their careers banging out a mind-numbing racket in their basements. But only a small handful emerge from that dank womb (still dripping with primordial ooze) to produce something as staggeringly beautiful and conceptually challenging as Gang Gang Dance’s Saint Dymphna.

Who didn’t see this one coming? In their twenty-four years of screenwriting and directing, Joel and Ethan Coen have bounced between dark plunges into a killer’s abysmal psyche and zany tales of boneheaded crime schemes gone awry. After last year’s bloodthirsty adaptation, No Country for Old Men, the brothers’ oeuvre seemed ripe for a few giggles, and Burn After Reading presumes to deliver the goods.

It was a dark, rainy afternoon in Bamberg, Germany, but Fr. G. Ronald Murphy wasn’t about to let inclement weather thwart his quest. The Jesuit priest, a professor in Georgetown University’s German Department and scholar of medieval literature, was not looking for an obscure manuscript or a quiet refuge in which to spend his sabbatical. Rather, he was seeking the single object that has had the power to capture the imaginations of men and women for centuries, a relic which has inspired works of art ranging from the Arthurian legend and The Da Vinci Code to Indiana Jones and Monty Python. He was looking for the Holy Grail.

How I almost became a saint

It was time for dinner with my parents, and I had something important to tell them.

“I’ve decided to join the Church of Jesus Christ of Latter-day Saints,” I said. “The baptism will be on Saturday.”

Blood, Looms and Blooms is the most captivating electronica album I’ve heard since The Knife’s Silent Shout, though her latest release “electronica” doesn’t begin to capture the veritable musical circus Leila Arab is orchestrating.

There are some albums that would have been impossible without just the right recording environment. Example: Enter the Wu Tang (36 Chambers), which owes much of its grit to the grimy gutters of Staten Island where six of the nine Wu Tang Clansmen honed their craft. Likewise, For Emma, Forever Ago, folk artist Justin Vernon’s debut as Bon Iver, owes its gorgeously sylvan vibe to the hibernating Wisconsin woods where Vernon wrote and recorded most of these songs.

L.A.-based sextet Dengue Fever has the kind of back-story that’ll crinkle more than a few cynical noses: five white dudes from the United States travelled to Cambodia, fell in love with that country’s ‘60s psych-rock output, enlisted Cambodian pop singer Ch’hom Nimol and released a self-titled album comprised almost entirely of Cambodian pop-rock covers. Luckily, over the course of seven years the band has melded its diverse influences into a strikingly distinct Cambodian-pop-meets-Ethiopian-jazz aesthetic that in no way hints at the white-boy cultural misappropriation its back-story suggests. 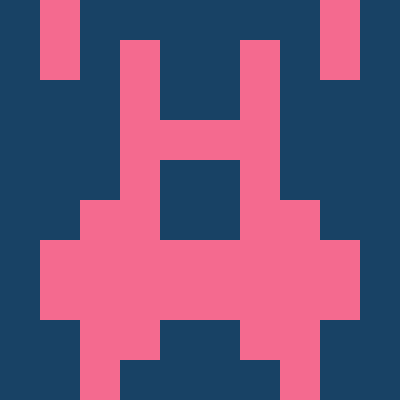