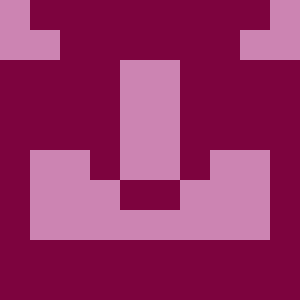 On May 8, 2007, Department of Public Safety officers were faced with a terrifying prospect: an anonymous caller to the Metropolitan Police Department had threatened to commit “mass murder” inside the Bunn Intercultural Center. DPS responded to the ICC threat while MPD officers searched the building.

Town versus gown: Why can’t we be friends?

Of all the bad things to come out of last winter’s snowstorms, the founding of student group Georgetown Good Samaritans might end up being the most damaging for the University. Losing President’s Day and nearly all city services was bad, but only Georgetown Good Samaritans perpetuated a damaging lie: That the neighbors would accept living next to students, if only we were nicer to them.

This year, the big show in Washington local politics will be the mayoral primary race between incumbent Adrian Fenty (D) and D.C. Council Chair Vincent Gray (D). But even with Fenty’s obsession with working out and Gray’s resemblance to actor Vincent Price, the most entertaining competition may be the race to fill the chairman’s seat that Gray is vacating.

City on a Hill: Brothel boss-cum-mayor?

One-time brothel owner and current mayoral candidate Dennis Sobin wears an Adrian Fenty for Mayor shirt underneath a tan blazer. It’s one of two things he says he got from supporting Fenty in his 2006 campaign. The other was six months in jail.

City on a Hill: Capitol-izing on commuters

After two snow storms crippled the District, MSNBC pundit Chris Matthews had a question to pose on Hardball: “Why can’t the people who run this city deal with February?” Matthews went on to say D.C. “looked like Siberia without the Siberian discipline” and complained about—horrors!—needing an SUV to reach his studio. Matthews’s commute was especially long because he lives in Montgomery County, Md. That means that, whatever you think of his argument that the District should always be prepared for once-in-a-century snow, the tax burden of that preparation wouldn’t fall on Matthews.

It’s time to play “Name That D.C. Councilmember.” If you were told a current councilmember propositioned a colleague for sex 562 times, paid his girlfriend with Council money, and then tried to stop her from talking to investigators, who would you think it was? If you guessed Marion Barry (D-Ward 8), you’d be right.

Tempers flared, voices were raised, and motives were questioned. Monday’s meeting of Georgetown’s Advisory Neighborhood Commission was like any of their other meetings over contentious issues, except for one thing: no one blamed Georgetown students.

The Marshall Plan: a charter across the Anacostia

Although some successful businesses have recently opened on the street, space on Anacostia’s Martin Luther King Avenue SE doesn’t exude status like a K or M Street address does. It’s in Ward 8, the city’s poorest ward. With 43 homicides in 2009, it is also the city’s most violent.

City on a Hill: Metro: a waste of space

City on a Hill: This is your future

2010 should be an exciting year in Washington news, with a mayoral campaign and potential Congressional interference in D.C.’s gay marriage legislation. Local politics can affect Georgetown students in countless... Read more