What would you do with some algae, horsehair and snow? Throw it all away? Not Emily Chirstenson. Her first East Coast show, Blue Currents, proves that paintings become prettier if you let nature participate in their creation.

Upon first glance, Christenson’s works seem like nice-looking watercolors that a careless owner left out in the rain. On some canvasses the paints are smudged, while on others there are visible water stains; some paintings are blurry, while others only fill up half the canvas. In reality, the works are just that—pleasantly colored, smudged and smeared paint blobs. What makes Christenson’s work unique is her very literal use of nature in her technique.

In her use of natural materials, Christenson embraces the green movement trend that has been sweeping pop culture lifestyle. These works are displayed under the general name of “untitled dialogues.”

Fine Art & Artists Gallery’s proprietor and show curator Brian Benavides explains that, “the dialogues are between the paint and the elements. It’s a very hands-on work.”

Several of the paintings use familiar mediums—pastels and oil—alongside the more unusual: Lake of the Woods, Lake George and the Mississippi River. Christenson actually dips the specially treated canvasses into the bodies of water before painting over and around the marks left by the water. Her use of snow is even more complex. First the canvas is placed outside as it begins to snow and is left until the snow morphs into fine crystals. She waits for these to melt away naturally to leave an imprint on the fabric before enhancing nature’s pattern with glossy oil paints.

The mix of textures is what makes the watery works interesting. It is possible to see the grooves where the Mississippi river algae has been scraped across Untitled Dialogue (Scraped Algae) and the individual horsehair threads of Untitled Dialogue (Look Up Lily).

“Emily is very elaborate about details,” said Benavides, who bonded with the artist over their shared hobby of collecting rocks and stones.

The Molina, Illinois, based artist has long been inspired by nature. Having started off as a drawing major at the Minneapolis College of Art and Design, Christenson became a landscape painter to pursue her interest in the natural world.

Blue Currents is a welcome natural break in the midst of Washington’s city landscape. In the informal setting of Fine Art & Artists Gallery, Christenson’s show allows viewers a simple and relaxing bond with nature. Her works are light and unobtrusive but make a clear point about our environment. In connecting the viewer with nature and using only water soluble, non-pollutant oil paint Christenson encourages environmental protection in the most non-aggravating way. 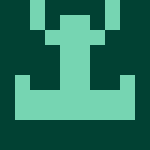