I understand why my parents came to America. Where else can two fresh-off-the-boat, kiss-strangers-on-both-cheeks-in-front-of-the-local-blue-collar-bar foreigners eventually become locals? In the late 1970s, they stepped off a plane in appallingly-polyestered Kennedy International Airport as outsiders and by the grace of the American experiment, they now celebrate Thanksgiving, watch college sports, pay taxes, vote, do yardwork, have potlucks, and cheer for U.S. Olympians alongside Daughters and Sons of the American Revolution. They criticize this country, but they always acknowledge that in no other place in the world would the union of a South African daughter of a pogrom survivor and an Austrian son of a Nazi ambulance driver have been possible.

I accept this, but even so, I’ve always wished I had not been born in America. I would have loved to have been brought into the world during their romantic days running a restaurant in Provence and living in a farmhouse called “La Bégude,” where a horse named Xavier came along with the place for free.
Alas, they abandoned Mediterranean sunshine and their clunky Deux Chevaux and camped their way across the Midwest to Oregon. In Portland, they had me and then five years later, forsook their roots and became American. I remember what I wore the day they became citizens: a plaid dress with a lace collar, pink and purple, sent to me for my fourth birthday by absent grandparents in Johannesburg. I remember how confused I was during the ceremony, especially wondering why I wasn’t involved. They tried to explain to me that because an American doctor delivered me on American soil, I was already, and would always be, an American.

And yet, I have never felt like one. I grew up speaking French and memorizing the order of Louis and Henris in the French monarchy at my French-immersion elementary school. I ate Vienna’s emblematic Sachar Torte at birthdays, called turn signals “indicators,” referred to slippers and traffic jams by their German names, and shooed away flies and nats in Afrikaaner slang. I grew up knowing that my family tree could be cultivated only far across the Atlantic. I stared at maps, acutely aware of the importance of the rest of the world and unwilling to reject it to buy into the American Dream. Through her tears, my mother made sure to sit me down in front of the television to watch Nelson Mandela stagger triumphantly out of Robben Island Prison and into the pages of South African history. My dad happily introduced me to schnapps as soon as he thought I was old enough and taught me to bake Linzer cookies so I would know the taste of an Austrian winter. When I graduated from high school, my parents asked me, “what do Americans do to celebrate this? What do you want us to do?” I wasn’t sure how to answer.

In all my travels, I have called myself Oregonian before American. I answered the questions “Where do you come from? Min aina inti? Me aifo at? Tu viens d’où, alors?” with city or state before country because I could never relate to the symbols of my citizenship. I made it a rule to refuse to admit my Americanness for as long as I could while apartment hunting overseas. My heart would warm as my foreign friends dubbed me “American, but not really American.” By definition, I am fusion, a category unto myself-I have been proud not to fit into the American monolith that I thought refused to adapt to me.

We’ve stumbled over diversity in this country, despite our melting-pot mythology. We fight for conformity. Immigration, sexuality, multilingualism, shades of color, and dissenting opinions apparently threaten American identity. So you can’t blame me for trying to define myself in different terms.

Then, a majority of voters accepted fusion on Election Day. Just how much of the candidate’s trumpeted change echoes in our day-to-day lives remains to be seen. But now, I can finally present my blue passport to any customs agent in the world with the certainty that I do belong here. I am American.

On Tuesday night, Barack Obama promised his daughters a puppy. I’m hoping they pick one that truly represents this new era of American life: a mutt. 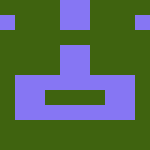 Carrying On: The challenge of student media 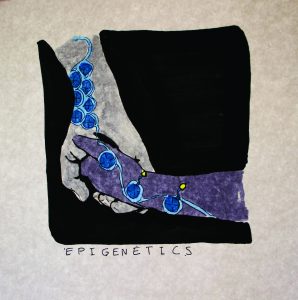