Upon first reading the synopsis for Cherry Blossoms, I was less than enthused: “When Trudi learns that her husband Rudi is dangerously ill, she suggests visiting their children in Berlin without telling him the truth. As Franzi and Karl don’t care much about their parents, Trudi and Rudi go to the Baltic Sea.” Reserving judgment, I watched the film, now showing in an exclusive engagement at E-Street Cinema, and was amazed by the roughly two-hour cinematic portrayal of loss, adventure, and family.
The cinematography of Cherry Blossoms is reason enough to see the film. The various shots of the majestic German countryside, coupled with the later shots of industrial Japan, juxtapose the two societies and landscapes as well as intensify Rudi’s feelings of alienation that develop when he finds himself in the foreign country. In addition, the camera angles during various scenes add greatly to the dramatic tension. In one scene Trudi (Hannelore Elsner) is crying by herself, yet all the audience sees are the teardrops falling upon the napkin she happens to be ironing.
Throughout the movie Elsner and Elmar Wepper, who plays Rudi, switch off playing the role of the forlorn spouse. In the first half, Elsner gives a wondrous performance as she keeps the secret of her stubborn husband’s fatal illness from him while they wander around Berlin. In the second half, Wepper brilliantly depicts Rudi’s deep sense of loss about, and eventual reconciliation with, his wife’s death. Rudi’s many dramatic scenes set in Japan, including his emotional breakdown while being bathed by two naked Japanese girls, only further prove this point.
The movie itself covers substantial philosophical terrain. The subtle shots of mayflies throughout the film implore the viewer to live like the mayfly, to live in the moment. This contemplative point continues in the scenes from Japan featuring blooming cherry blossoms and Rudi’s conversation with another displaced German about the short but fascinating lifespan of the blossoms.
In the end Cherry Blossoms is more than just a simple story about the death of one’s love. It is an analysis of how one man seeks to reconcile with his past and in the process changes, even at a very late age, from a stubborn, old man to an adventurous one. 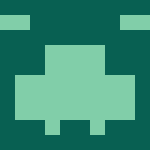