After failing to qualify for the Big East Tournament last season, the Georgetown University Women’s Tennis team is hungry to prove to the rest of the conference that they are a talented bunch.

Leading that charge is team MVP and captain Alex Sebia, who has lead her team throughout this season, exhibiting poise and considerable talent as a senior on the court. With her leadership, the Hoyas are excited about their chances to reach the conference championship.

“The Big East Championship should be fun,” Sebia said. “Everyone on this team is hungry to get back there after not making it last year. We hope to get to beautiful South Bend, Indiana. It used to be held in Tampa, but who wants to go there when you can go to Indiana?”

Sebia began her stellar career in high school, where she was a four-year letter winner and team captain, only losing one singles match in four seasons.

Her success has continued at the collegiate level as she led the Hoyas in singles victories in 2008 with an overall record of 11-6 in dual match play. That same season, she single-handedly clinched team matches over Duquesne, Albany, and Villanova.

Sebia and the rest of the Hoyas continue their post-season push on Friday at 2 p.m. against Villanova at home. 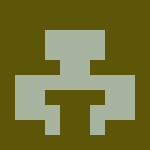 Rub Some Dirt On It: Show me your tats