This week the Georgetown University Student Association swore in the 27 newly elected student senators elected to serve their fellow classmates for the coming year. Their friends and their fellow residents have likely congratulated them for their victories.

But are congratulations truly in order after this election? The answer is both yes and no.

A number of Senate seats—especially in freshman residence halls—had races with far more candidates than in the past. Notably, there were seven candidates for New South’s lone senate seat this year compared to only one candidate last year.

Although many have criticized GUSA for having too few candidates to make legitimate elections, that argument certainly can’t be made this year.

However, it may be premature for the student body to rejoice that we have finally fixed the problems that plague GUSA elections. A number of senate districts saw dismal turnouts despite an excellent overall turnout in the elections.

According to data compiled by The Hoya, an upperclassman senator represents an average of 265 students and freshman senators represent approximately 300 of their dormmates. Three members of the newly elected GUSA Senate were voted in with 20 votes or less—this means that less than 10 percent of their constituents voted for them.

This is, however, an improvement from the 2010 elections. Those elections saw a senator elected as a write-in candidate with a total of four votes—his four roommates in his Henle apartment—and four other senators elected with less than 20 votes.

Although no one expects full participation in a GUSA election, having members elected to the senate with such a small number of votes continues to delegitimize the organization in the eyes of students and administrators.

The transition committee of the GUSA Senate—a group of lame-duck senators charged with overseeing the senate between the end of the spring semester and the fall elections—added two additional at-large seats to the body. Rather than creating additional representatives, the GUSA Senate should focus on ensuring that its elections actually validate their members’ senatorships.

The minimum-threshold vote on the Student Activity Fee Endowment Reform last year is an example of how GUSA could further legitimize its elections. In order for the vote on SAFE Reform to be valid there needed to be a minimum of 2,000 votes cast, regardless of whether the votes were in favor or against the reform.

The implementation of a minimum threshold for GUSA Senate elections would help to combat the problem of people turning the elections into a joke and writing in candidates who eventually win without even knowing that people are voting for them.

It is unreasonable to think that it would be possible to get most students to vote—and vote seriously—in a GUSA election, without reform. In the meantime, several members of the senate will continue to lack legitimacy for their positions.

So congratulations to those members of the newly elected GUSA Senate that were elected by a significant percentage of their constituents. Hopefully after some electoral reforms every member of the senate will deserve to be commended on their elections.

Make GUSA senators work for their votes with Geoffrey at gbible@georgetownvoice.com 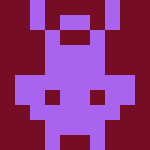 An Open Letter to All Residents of Georgetown