Georgetown, it’s time for a pop quiz. Take out a pen, eyes on your own paper—you know the drill. Your question is: Who won this year’s Emmy for Best Actor in a Comedy Series?

Too difficult? Ok, how about just name one of the nominees?
Any nominee in any category? Can you tell me who the host was?

Although this year’s Emmys were less than a week ago, the talented actors, actresses, and directors who were called up to the stage and received one of those weird, unnecessarily large gold statues, probably fulfilling a lifelong dream in the process, didn’t even get a week to revel in fame or newfound public recognition. The crux of the problem is this: nobody actually watched the awards show.

And why would you?  In recent years, awards shows have increasingly become bloated spectacles, tacking on excessive musical numbers and offering up ham-fisted segues between A-list celebrities as desperate attempts to hold a TV audience’s attention. The producers annually swear that this year, they’ll do their damndest to keep it under three hours, then they hustle the poor nerd who won “Outstanding Achievement in Sound Editing” off the stage so that they can dedicate more camera time to Brad and Angie looking bored.

That’s why I didn’t bother watching the Emmys this year. I looked up the winners the following morning, and YouTubed the acceptance speech given by Aaron Paul from Breaking Bad when he won Best Supporting Actor in a Drama. (Watch that show and just try not to think he’s the most endearing meth dealer alive). I felt no need to sit through a marathon of musical numbers by the Glee cast or Jimmy Fallon trying to relive his SNL glory just so I could yell at the screen when Dexter didn’t win Best Drama.

The worst part, though, was that when I tried to find out who the winners were after the show, the first link Google returned yielded a gigantic picture of Kim Kardashian. Apparently, my search for “Emmy winners” meant that I wanted the list of the best dressed for the night. You know, the winners that were chosen before the ceremony even started, based on their capability to pay a stylist and a makeup artist, and then parade around in front of Ryan Seacrest among a Versace-clad herd of show ponies.

This gets at the heart of the problem.  The Emmys, which ostensibly exist to celebrate the highest artistic achievements in the medium of television, has become a mean-spirited circle jerk where the E! network vultures simultaneously fetishize and denigrate their reality-TV idols for appearances alone.  But as far as paying attention to the actual, talented winners, the ones the show is supposedly dedicated to recognizing? They’ll get a speech and a statuette, but unless they exhibit some accidental nudity on the red carpet, don’t expect them to top the headlines the next morning.

The answer to the quiz, by the way, was Jim Parsons from Big Bang Theory. It’s a funny show, but I still think Larry David got robbed.

Invite Leigh to your next mean-spirited circle jerk at lfinnegan@georgetownvoice.com 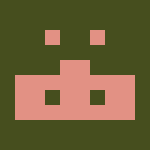