On Tuesday night, comedian and Georgetown grad Mike Birbiglia (COL  ’00) spoke with the Voice about his current tour, upcoming book, and his time on the Hilltop. Interview conducted and transcribed by Heather Regen.

So how are you?

Well, you’ll be interviewing me, so first, how are you?

I took a class like that. I think it was Intro to International Relations, or something like that. I was terrible at it. I think I took it freshman fall, and from the moment I was in the class I was like, “This is the biggest mistake I’ve ever made in my life.” In my mind, when I signed up for it I was like, “Okay, we’re at Georgetown and it’s famous for international relations, so sign me up! Get me some international relations!”
Cut to me not having any idea what the professor was talking about. [He was] using vocabulary as a baseline that I didn’t even understand. I just didn’t follow it at all, and I just barely eked by. It was terrible.

So if not IR, what does a comedian study at Georgetown?

I was an English major and a theater minor. I focused on writing. I worked closely with [Professor] John Glavin. He was my mentor there in the English Department. I was a dramatic writing major, and I wrote two feature-length screenplays and a three-act play in the course of my four years. They are all terrible. They have not been produced.
John Glavin was actually a very influential person in my life. He changed the way I think about a lot of things. The way he teaches writing is very disciplined. It’s not “I’ll write when I’m inspired.” It was, “No, you’ll write until you get inspired.”  He really espoused that and I have become a disciple of that theory.
I’ve heard that you’re encouraging fans to hold “make-out parties” to celebrate your new book. Could you tell us a little bit about these?

In one of the stories in my book, I tell a story about my first kiss, and it was really awkward and painful. In honor of my book coming out, I thought it’d be funny if we made black light posters that said “Mike Birbiglia’s Awkward Make-Out Party.” We made 200 of them, and encouraged people to have make-out parties around the country, with the prerequisite being that I cannot be invited. Because that’s true to how my life was. I wasn’t invited to the cool make-out parties. We’ll see if people have them. So far 30 people have offered to have them.

Do you have any advice for fledging Hoya comedians?

Get on stage as much as you can. There are [improv] groups at Georgetown that you can audition for. I used to just host everything at school—this event called Cabaret, the a capella festival, the Cherry Tree Massacre. Actually, I co-hosted the Cherry Tree Massacre with my friend Nick Kroll (COL ’01). He’s now a comedian and an actor. He’s on the series “The League” on FX. And he’s my special guest on my show at the Warner, next week. Double Hoyas for you.
How have your experiences at Georgetown shaped your later life?

I just went to my ten-year reunion actually, and I really enjoyed it. I didn’t expect to enjoy it at all—I thought it was going to be terrible, but it ended up being really nice. I think that when I was at Georgetown, when I was there I didn’t like it. Or maybe that’s too harsh. I thought it was “passable.”

When I first arrived I was miserable because I thought that I hadn’t found my people. I was like, “I went to the wrong school.” And then I was cast in the improv troupe, and those people became my closest friends.
Beyond improv, I waited tables at the Tombs. I worked the door at D.C. Improv [the D.C. branch of the national comedy club franchise]. The whole time I was at Georgetown I was just thinking, “I’ve got to graduate and move to N.Y.” And in retrospect I wish I had taken it in more. Taken some time to read some more books. You don’t have a lot of time on your hands to do that [after you graduate].

Mike Birbiglia’s book, Sleepwalk With Me and Other Painfully True Stories, hits stores Oct. 12. Mike is performing at the Warner Theatre on Oct. 15. 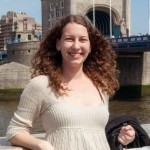