Somewhere in Major League Baseball’s excruciatingly long 136-page rulebook, a provision in Section 9.2 reads, “If there is reasonable doubt that any umpire’s decision may be in conflict with the rules, the manager may appeal the decision and ask that a correct ruling be made. Such appeal shall be made only to the umpire who made the protested decision.” After a season marred by umpire miscues and the already controversial first week of the American League Division Series and National League Division Series, it has never been clearer: baseball needs instant replay so that a correct ruling can be made.

I’m as much a baseball purist as anyone. I hate the designated hitter. I hate artificial turf. I hate steroids. I hate over-the-top celebrations. I hate anything that challenges the integrity of the game.

While I used to believe that instant replay fell into the aforementioned category, I’m finding it harder and harder to justify that opinion.

All baseball fans remember the Armando Galarraga-Jim Joyce fiasco in June that caused so much controversy and debate. Galarraga’s name will be forever tied to Jim Joyce, and it will also forever be missing from the short list of 18 pitchers who have thrown perfect games since 1901.

The Galarraga incident is far and away the biggest memory of 2010’s umpiring miscues, but it’s not even the most important. Umpire mistakes have been rampant ever since the calendar turned to October, the holiest of holies in the baseball schedule.

During game one of the Atlanta Braves and San Francisco Giants series, Giants catcher Buster Posey was mistakenly called safe when trying to steal second base. Posey later came around to score the game’s only run later in the inning, helping the Giants win 1-0.

Similarly, in game one of the New York Yankees and Minnesota Twins series, Yankees right fielder Greg Golson caught a line drive off the bat of Delmon Young with two outs in the ninth inning, but the umpire ruled it a trap. This allowed Jim Thome to step to the plate as the potential tying run.

Thome made the game’s final out and the Yankees came away with the win, but the umpires put the Yankees in a situation where one of the game’s greatest power hitters of all time could have tied the ballgame in the bottom of the ninth—even though he had no business being at the dish.

These instances—and the hordes of others—prove that the MLB should institute a fully-fledged instant replay system that covers every single call on the field except balls and strikes. (Balls and strikes will always be too sacred for technology to touch). Let each coach have two challenges a game.

Baseball—like any other game of antiquity—is resistant to change. The game let the spit ball and steroids compromise the competition for far too long before it put an end to either of the now-illegal practices. 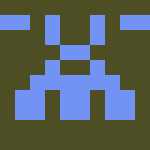