The youthful American literary journal n+1 is known for its social, literary, and political commentary, with a particularly keen eye for theoretical musings. The editors claim to embrace theory, but also reject the way academia prostitutes and exploits worthwhile ideas, and criticize the commodification of culture.

It seems only fitting, then, that n+1 would be responsible for initiating a highbrow discourse on the social role of the hipster. A panel discussion they held in April of last year at the New School in New York City was recently transcribed and released as What Was The Hipster?: A Sociological Investigation, along with a handful of critical responses to the panel and other essays on the issue, including but not limited to topics like Hasidism versus Hipsterdom and the Hipster Feminine.

But seriously, this could not have come at a more appropriate time. The text claims that the term “hipster” came back from the dead in 1999, having previously been used to as synonymous with “hepcat” back when the Beats were at the top of the elitism food chain.

With blogs like Look at This Fucking Hipster and Stuff Hipsters Hate getting recent attention from more than just the Urban Outfitters crowd (both have released books within the past year), the hipster has found its way into the public eye again, despite having become little more than a broad pejorative lately.

What Was The Hipster? investigates the history of the culture to address its more confusing aspects. You’ll see an attempt at understanding the positive and negative relations of the term itself, an argument for multiple coexisting definitions, and the debate on who is free enough of the hipster blemish to write about the subculture’s history without contempt or nostalgia.

The essays and transcript also touch on the more recent developments of the contemporary hipster, managing to make reference to “chillwave” and… technological reductivism?

While it may seem outright laughable to have a conversation about the “hipster Other,” this is a cultural phenomenon that is impossible to ignore and is often shrouded in such elitism or pretentiousness that it manages to forcibly drench itself in mystery. Conversations on the topic have often reached stasis due to a lack of serious etiquette in the discourse.

The question we must face is, are these guys not just some of the biggest hipsters yet? The pocket-sized text is now available in the online store at nplusonemag.com. And naturally, it’s also available at select stores in New York and LA.

Are you post-hipster? Share your opinion on the geopolitical ramifications of skinny jeans with Jim at jmcgrory@georgetownvoice.com 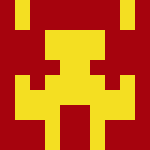 City on a Hill: A poisoned relationship