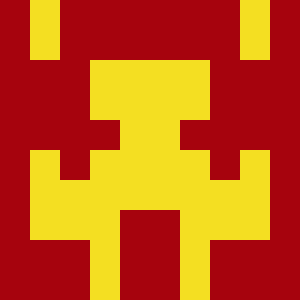 With the release of their eighth full length album, The King of Limbs, Radiohead has found itself more pigeonholed than ever. Everybody seems to have a preformed opinion about the band’s impressive, critically-acclaimed cannon, and projecting that opinion onto Limbs. This is a standard reaction for a Radiohead release—as a result, most of what people say about Limbs will likely reflect opinions they had before album opener “Bloom” crescendoed past its initial piano loop. But these eight songs deserve to be looked at in their own right.

Keep Shelly in Athens is a band with an outlandish name and an intentionally mysterious persona. But although you might expect a band with such a ridiculous moniker to be irritatingly elitist, if you close your eyes and play their new EP, In Love With Dusk, you will quickly change your mind.

The youthful American literary journal n+1 is known for its social, literary, and political commentary, with a particularly keen eye for theoretical musings. The editors claim to embrace theory, but also reject the way academia prostitutes and exploits worthwhile ideas, and criticize the commodification of culture.

Modern indie music is too often composed of clichéd hooks and replications of once-original devices. The genre’s progression towards artistic homogeneity makes new approaches all the more refreshing to hear. Montreal’s Suuns is one of those bands that surpasses expectations, and has redefined the limitations of the song as a means of expression.

Counterculture is a dirty word. Instead of diluting the influence of social pressures on individuality, the counter-culture imposes a new hegemony on those who don’t belong to the mainstream. It is composed of its own ideals and standards and, under the guise of rebellion, pushes for an even more rigid social structure than the one it opposes.

Literary Tools: I dare you to read this book

A novel that is written so that it is a struggle to read is meant for a particular, masochistic literary crowd: fans of post-modernism. The works of classic post-modern authors, like Flann O’Brien and Jorge Luis Borges, abandon convention and required readers to plunge headfirst into a metaphysical world.

Interviews with members of Interpol preceding the release of their self-titled fourth studio effort may have caused some confusion about the album’s sound. Frontman Paul Banks alluded to something grand and orchestral, while drummer Sam Fogarino saw the album as a reminiscent of their 2002, debut and fan favorite, Turn on The Bright Lights.

Stephen King has called him “a terrible writer.” Patrick Anderson of Washington Post thinks he is the “absolute pits, the lowest common denominator of cynical, skuzzy, assembly-line writing.”

Coherence is a trait that most musicians strive for in their songwriting. Rhode Island band Daughters, however, originally took a different approach, seeking instead to create disjointed structures and illogical rhythms.

I spent my Valentine’s Day in a dimly lit concert hall filled with dusty milk crates. What better way to spend this Hallmark holiday than by participating in a form of consumerism a little more genuine than one made of cheesy greeting cards and freshly cut roses?