I always imagine that great wonders in this world are discovered intact, uninhabited, and preserved. I imagined that American explorer Hiram Bingham stumbled upon Machu Picchu much like Disney explorers unearth El Dorado or Atlantis, but as I sat on a large stone slab—perhaps once monument to a priestly order or perhaps just a stone—I learned Bingham’s discovery of Machu Picchu was actually a rediscovery.

In 1911, Bingham was led to the Incan city of Machu Picchu by local farmers familiar with the ruins. In fact, when he arrived Bingham found a family squatting in one of the buildings. Not uninhabited and perhaps not totally untouched, Machu Picchu was nonetheless incredibly intact. Today, Machu Picchu consists of 90 percent of its original structure, making it a strong candidate for one of the new wonders of the world, a status the site achieved in 2007.  Though the site boasts 90 percent of it’s original structure, it lacks the majority of the artifacts that tell the story of the culture. These missing artifacts reside in New Haven, Connecticut.

My own rediscovery of Machu Picchu began in a small office in Cusco, Peru where I sat with my friends Kelsey and Rachael as our guide, Oscar, broke down our trek on the Inca trail. We listened, hoping that a semester of excess had left lingering remnants of our athleticism. We began our trek the next morning at 6 a.m., stuffing an embarrassing amount of makeshift breakfast sandwiches into our backpacks, and three stops and two hours later we found ourselves at the beginning of our trail with a young British doctor, a couple in their fifties from New Zealand, and two guides.

Three days later we entered the town Sayaqmarka, or Hidden Town, alone and uninterrupted. The stonewalls wound in a labyrinthine tangle on the cliff’s edge, over which we could spot only the tips of the Andean mountains above the mist and steam that creeps up after the sunrise. I felt much like Bingham must have upon entering Machu Picchu. Though thousands had been there before me, the ability to enter this place, to touch the walls, and the absence of ropes and “Do Not Enter” signs created a sense of discovery. An unfortunate fact in our own country is that we cannot usually experience ruins without the contamination of ropes and lines, limiting our ability to rediscover this particular history, or any history for that matter. Though the the restrictions are meant to protect us, and the site, they corrupt the experience. Though Machu Picchu is not devoid of restriction, it nonetheless allows visitors the ability to wander, to explore, and to rediscover independently.

Unfortunately, when we finally reached Machu Picchu the absence of  any remaining artifacts from the Incan people was noticeable. What we often forget when we learn of the discovery of the world’s wonders by explorers like Hiram Bingham or Howard Carter is that these incredible sites are often left in ruin, empty shells without any remnants of the culture that once lived there. Today the treasures of Machu Picchu reside at Yale University, brought back to the United States by Bingham to be studied a century ago.

Though Bingham, unlike many explorers of his time, received the approval of the Peruvian government to take the artifacts, a timeline was never established for their return. During the presidency of Alejandro Toledo, between 2001 and 2006, the country renewed its  focus on honoring the heritage of the indigenous peoples of Peru, intensifying the dispute.

The dispute escalated in the months leading up to the final agreement, even making its way to the street in the New York City marathon, which featured American and Peruvian runners wearing t-shirts with the slogan, “Yale, return Machu Picchu artifacts to Peru.”

This year not only marks the centennial of the rediscovery of Machu Picchu, but also a return of the artifacts of Machu Picchu, which will reside in a museum in Cusco. Yale and the Peruvian government reached an agreement in late 2010 to begin to transport the 4,000 artifacts (though according to Peru the number of artifacts Yale has is roughly 40,000 ) from Yale to Cusco.

Entering the ruins by way of the Inca trail on the way to Machu Picchu was an unforgettable experience. To know the history of a place and then to experience it is much like blowing the dust off an old book—in this moment unknown, but on some level familiar. Soon the artifacts belonging to Sayaqmarka, Machu Picchu and the Peruvian people will be home where tourists, or rather explorers, can rediscover a more complete history of a culture rather than the empty shell of ruins filled only with stories and imagination. 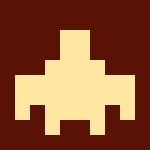 Goldman won’t change until we make them