On Monday evening in the Davis Center, Heather Raffo looked like the quintessential American woman. Dressed in a fashionable, artsy getup with black jeans, riding boots, and a creamy tunic, the striking blonde was the epitome of Western style. So one might be surprised to learn the subject matter that the acclaimed actress-playwright was presenting about the lives of her fellow Iraqis.

Raffo, who claims that her distinctly non-Middle Eastern appearance helps her “get under the radar” to promote her art, performed this week in a program entitled “Performance as Cultural Diplomacy.” Following a successful residency three years ago with Georgetown’s Theater and Performance Studies Program, Raffo returned to the Hilltop for a second residency. In this event, sponsored by the GU’s Center for Contemporary Arab studies, Raffo engaged an intimate group of students and faculty with a discussion of her newest work, along with excerpts from her solo performance of 9 Parts of Desire, based on the wartime lives of nine Iraqi women.

While she has had a fairly successful acting career, Raffo is most recognized for writing and performing 9 Parts, her original work. Dubbed by The New Yorker as “an example of how art can remake the world,” 9 Parts seeks to reveal the untold effect of the American invasion of Iraq, by exploring the psyches of nine women with different societal roles—daughters, mothers, wives, grandmothers, sisters, or friends.

“Let’s talk about the art first, then we will get to the Cultural Diplomacy,” Raffo suggested at the beginning of the program.

The artistic merit of this work is evident in its emotional depth, which stems not only from its compelling narrative, which strings together the voices of a war torn Iraq, but also from its design as a one-woman show. Written, and rewritten over the course of 10 years—during the actual progression of the Iraqi war—Raffo decided to use one woman to perform this circular account of nine separate lives in order to really create the impression of one unified people. With this format, Raffo explained, she “made the space relentless on purpose,” because she wanted the audience “to be taken through … [the] Arab woman’s psyche.”

Raffo succeeds completely in this aim, capturing the audience with every story, from the little girl who can differentiate between bombs and makes key chains from bullets, to the woman who uses the drying-up river as a metaphor for the disappearing Iraqi life force.

Yet beyond the artistic achievement of this theatrical work, 9 Parts holds a much greater significance in the world of “cultural diplomacy,” or the use of art to better investigate and illustrate the ramifications of international conflicts on human beings.

“It is easier to walk away and remember the characters of a play than it is to watch a CNN news report.” Raffo said. “I don’t watch [the news] anymore. It depresses me.”

Even though the play is 10 years in the making, Raffo insists that it continues to resonate today.

“The problem is that this play is still relevant,” she said. “I felt it in my bones watching Egypt this past week.”

This relevance will only continue to grow, as will the importance of cultural diplomacy in raising awareness. Building on this aim, Raffo is currently researching and writing the early stages of two new pieces. The first is based on “maqam music as a window into the country’s ghosts and to query its future.” The other is a musical elucidating the human effects of war on the Iraqi population.

While Raffo’s work is only becoming more pertinent, she admits that most people are not inclined to go see theater about war, especially theater that cuts to the heart of the human toll of war. However, once people overcome that hurdle of “getting there,” audience members can rest assured that they will connect in some way to the brilliant personalities of Raffo’s story. 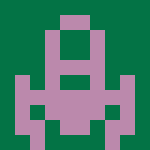