After the long slog of the NBA regular season, the playoffs are finally upon us. We are now fortunate enough to see teams playing defense on every possession and stars worrying about the scoreboard instead of the stat-sheet. Above all, we can look forward to a new champion—sort of.

This season and recent history suggest that there will be nothing really new about this year’s champion. Once again, the same old teams will be competing for supremacy in the postseason.

Despite struggling down the stretch, the Los Angeles Lakers and Boston Celtics are still among the favorites; together, they account for five out of the last six teams to reach the finals. The San Antonio Spurs clinched the top seed in the West and remain serious contenders—just as they have been for more than a decade.

Even the so-called “newcomers” on this year’s list of contenders are no breath of fresh air. The much-analyzed Miami Heat may have a sexy new look with Dwyane Wade, LeBron James, and Chris Bosh, but it has only been a few years since Wade brought a title to South Beach in 2006.

Another popular pick, the Eastern Conference-leading Chicago Bulls, also have a history of dominance that lingers in the mind of many basketball fans, even though their last championship was in 1998. Maybe Derrick Rose hasn’t been here before, but the Bulls franchise has. Wouldn’t it be nice to see someone else take a turn at the top before the Bulls enter another renaissance?

Outside of these teams, there are arguably no other squads with a real chance of claiming the Larry O’Brien Trophy this year. Still, for those of us who are not so lucky to support one of these juggernauts, there are several fresh faces that will battle for playoff relevance.

Out west, the Oklahoma City Thunder and Denver Nuggets both possess highly potent young offenses, offering thrilling brands of basketball. Led by two-time defending scoring champ Kevin Durant, the Thunder are also equipped with a raucous home crowd, which could be a major factor in a close series.

Meanwhile, the Nuggets have been among the NBA’s best teams since finally putting an end to their Melo-drama and adding much needed depth and youth. A squad full of players with something to prove and a fan-base fired up by the betrayal of their former hero make the Nuggets a tough out for any team.

Unfortunately, these two sleepers will face off in the first round, guaranteeing that only one team will have an opportunity to upset the big boys and reach the Conference Finals.

The East, meanwhile, possesses some intriguing first-round matchups that could provide some unexpected excitement. The most anticipated contest offers a clash between the Celtics and their division rival: the playoff-starved New York Knicks. There’s no doubt that fans at Madison Square Garden will be salivating at the prospect of toppling the Celtics, potentially ending their reign atop the East. With free-scoring forwards Amar’e Stoudemire and Carmelo Anthony, the surging Knicks may be a tougher test than the aging and injured Celtics are ready to take.

In all likelihood, however, these sleepers will all crash and burn against the top teams. We will still see some great basketball, but neutral observers will be forced to ponder the same old match-ups as every year, inevitably deflating the excitement of the postseason. So consider this a rallying cry to get behind the dark-horses. Here’s hoping they can challenge the establishment and provide this season’s playoffs with some much-needed unpredictability. 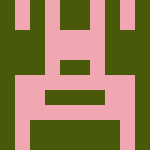