After putting out several free mixtapes in the past two years, comedian-cum-rapper Donald Glover is releasing his debut album, Camp, under the moniker Childish Gambino. Glover’s intelligent and creative lyrics are often as hilarious as his stand-up comedy and as crowd-pleasing as his character Troy on the NBC comedy Community.
“Outside” is a captivating opening track. Gambino starts off emotionally, rhyming over a choral background and piano beat. Bemoaning the suburban lifestyle that “forced” him from selling crack like his cousin, Glover sucks the listener into his emotional uncertainty.
Moments later, he takes the trust he’s established and shreds it to pieces on lead single “Bonfire,” which blasts sirens and muddy bass lines as Gambino nearly screams his lines over the violent backdrop. It’s a furious attack on his critics who claim he isn’t good enough or black enough for hip-hop. But he also makes comic references to his eclectic tastes, jumping from The Human Centipede to Casey Anthony to Invader Zim.
Throughout the album Glover’s humor is biting yet self-deprecating, and his social commentary on stereotypical hip hop is provocative without being the focus of his attack. And obviously, the comedian is quick to make a deft one-liner (“I’ve seen it all, like I’m John Mayer’s penis hole”).
Gambino is undoubtedly unique. He displays versatility, switching effortlessly between tender, high-pitched singing and a cracking and aggressive voice—not unlike Lil Wayne’s—when he raps.
His schizophrenic approach to this album doesn’t detract from its flow. Songs like “All The Shine” and “Heartbeat” feature his soft voice one moment and dick jokes and sex stories the next. His brutally honest approach to talking about women and emotions seems absurd, but Glover explains his insanity: “I know it’s dumb, that’s the fucking reason I’m doing it/So why does everyone have a problem with talking stupid shit?”
Fusing technical ability with a crazed production, Childish Gambino spits lines that could draw comparisons to College Dropout-era Kanye West, although that may be a generous comparison—Glover isn’t on Kanye’s level in terms of charisma or production skill.
One thing that Glover does without fear is spill his heart into each line that he writes. He talks about having a true relationship with the girl of his dreams on “Kids,” the track where his singing is at its best and most poignant. Album closer “That Power” communicates in spoken form one of the fears that Glover and his audience have in common: rejection.
Glover sets himself apart with an honesty and commitment that is not often seen in rap. The myth that his television fame has given him an unfair edge can quickly be dispelled after listening to the powerful Camp. It’s an album fraught with emotion, meaning, and, Glover’s specialty, comedy. 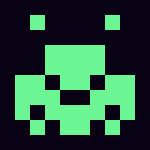