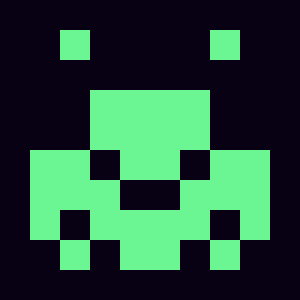 In my theology class about death, we watched esoteric films like The Fountain and read the hallowed works of Plato. Although I can see what the professor was trying to accomplish, this characteristically Georgetown class was merely another attempt to dilute the real education that I should have been receiving from the true role models of modern society. Hip-hop idols are among us, and they are the ones who now teach the facts of life and impart logical wisdom upon the masses. It’s baffling that we aren’t studying rap and its sociological implications in a large amount of our classes instead of the inane commentary of the long-gone philosophical minds like Plato. As I look through the preregistration course schedule for next year, I find only frivolity.

Blast That Box: Too cool for old school

The words “hipster” and “rapper” have pretty disparate connotations—keffiyehs and boxy glasses versus platinum grills and blunts. But hipster rappers exist, and their influence is altering the crowd that follows and enjoys rap music. Acts like Das Racist, The Cool Kids, and Chiddy Bang have changed the formula for successful hip-hop, infusing their music with wide streaks of irony or influences from disparate genres.

Declaring an album a “classic” is a meaningless exercise that I will leave for the writers at Pitchfork. Glowing reviews, no matter how abundant or how laudatory, are ultimately irrelevant—an album reaches that magical pinnacle when it strikes a chord for you alone, bringing you back time and again.

Detractors say rap is the bane of the music industry, inciting youth to worship talentless frauds that can neither sing nor craft lyrical greatness. I have one response to this criticism—really, who cares? Hip-hop can be hilarious. Delving into the shittiest lyrics on the market gives us a tragic and comical look at the failures and successes of some of the most popular artists’ attempts at lyrical ingenuity. The amusement listeners get from dissecting the lines of their favorite goofy rapper is a perfectly legitimate reason for listening.

Blast that Box: The old me’s dead and gone

Every rapper’s favorite tagline seems to be that the game is always changing. However, I doubt 1988 Ice Cube, having just released the massively influential album Straight Outta Compton, would ever have believed that he would go on to create family fodder like the 2005 kiddie roadtrip film Are We There Yet? In the 24 years since his N.W.A. classic, Ice Cube underwent the amazing development from gangsta rapper to cuddly movie father figure.

Blast that Box: 99 problems, but the rich ain’t one

“Gotta give us what we need/ Our freedom of speech is freedom or death/ We got to fight the powers that be.” When Public Enemy used these words in 1989 to command their fans to “fight the power,” they could not have guessed that their message would be embodied by a global movement more than two decades. But four months ago, the Occupy Wall Street protests burst onto the scene with a flurry of media coverage, and since then, terms like “Occupy” and “the 99 percent” have unquestionably become part of our lexicon. The Occupy movement has managed to gain universal attention, garner celebrity support, and even shape America’s political debates. Unsurprisingly, rappers have also attempted to ingratiate themselves with the movement.

After putting out several free mixtapes in the past two years, comedian-cum-rapper Donald Glover is releasing his debut album, Camp, under the moniker Childish Gambino. Glover’s intelligent and creative lyrics are often as hilarious as his stand-up comedy and as crowd-pleasing as his character Troy on the NBC comedy Community.

Malcolm McCormick, better known as the rapper Mac Miller and formerly known as the rapper Easy Mac, is just another Internet rapper. However, despite his small label—Wiz Khalifa’s Rostrum Records—and his seemingly standard weed-heavy blog-rap approach, he has managed to separate himself from the pack and gain a massive following. With his debut, Blue Slide Park, Miller’s fame will probably pile up, but there could be no lower form of unwarranted fame.

Critical Voices: Mayer Hawthorne, How Do You Do

After making an electric debut with 2009’s A Strange Arrangement, Mayer Hawthorne has been moving up in the world. From a collaboration with retro-rap duo The Cool Kids to a... Read more