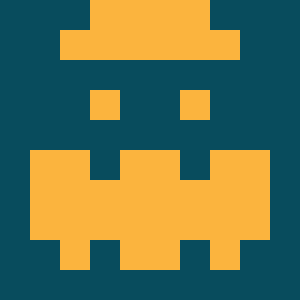 City on a Hill: Vote … or live in the District

Entrenched as we are in budget showdowns and entanglements in the Middle East, it can be hard to remember the wave of optimism and liberal fervor in D.C. that accompanied the 2008 election.

City on a Hill: Politicking the Campus Plan

With the Zoning Commission’s hearings for the 2010 Campus Plan only weeks away, students may have noticed some serious saber-rattling from D.C.’s legislative branch.

When Steven Singer was hired as a professor of biology in 1999, he was told that Georgetown would have a new science building within five years. Other professors hired earlier in the ‘90s were told the same thing.

There’s an old saying that all politics is local. A lesser-known but equally important corollary to this adage is that much of local politics is hilarious. If you’re one of the many Georgetown students who came to D.C. to get closer to the epicenter of national politics but you’re not paying attention to what’s happening at the local level, you’re missing out.

The Washington Metropolitan Area Transit Authority is in tough straits. It is facing a projected $72 million budget shortfall for fiscal year 2012—and that’s without the House Republicans’ proposal to strip an additional $150 million in federal funding from WMATA over the next eight months.

City on a Hill: Is the noise law anti-student?

“Unfair and unconstitutional.” “We live in America, not the mid-20th century U.S.S.R.” “I believe in life, liberty, and the pursuit of happiness, and this law infringes on all of my inalienable rights.”

City on a Hill: Meet the Zoning Commission!

After 18 months of debate over the 2010 Campus Plan, shit’s about to get real. Come Apr. 14, the University will discuss the plan with a group other than pissed-off neighbors: the D.C. Zoning Commission.

City on a Hill: Budgeting on auto-PILOT

Georgetown University caught a financial break last month when the D.C. Council approved its request for $90 million in tax-exempt bonds, most of which will fund the new Science Center.

Trekking to class a few weeks ago, my condom supply as depleted as my bank account, I was thrilled to spot the H*yas for Choice table in Red Square. I was psyching myself up for my free rubber restock, when I recognized the male figure standing squarely in front of the giant jar of condoms, chatting with the girl manning the table. Let’s just say that he was one of my more dubious decisions from freshman year.