Not since they started making maple syrup has Vermont produced something as remarkably rich as the haunting tracks of Eleanor Krause’s Hold on Daylight. The Burlington-based crooner’s debut album lays out a simple combination of beautiful vocals and quiet guitars, which results in a moving sense of nostalgic serenity. The soft melodies of Daylight lend the album a folksy atmosphere reminiscent of Joan Baez, if Baez had honed her skills in the light of an Indiana campfire.

Opening with the titular track “Hold on Daylight,” the singer, who originally hails from Indiana, captures a peaceful sense of longing with a soft, ethereal voice backed by well-placed string accompaniment. While other songs, notably the banjo-infused “Newsstand,” put more emphasis on pure vocals to create the same atmosphere, the delightful familiarity of “Hold on Daylight” comes from its lyrics. In such frank lines as “Singin’ to himself / He don’t need no help,” Krause reveals a streak of stubborn individualism that echoes throughout the album.

But sometimes, the characteristic simplicity of Hold on Daylight becomes a fault, especially in the guitar accompaniment, which demonstrates little variation despite being featured on most of the album’s tracks. The constant, soft chords create a sound somewhat like that of a lullaby, and they sometimes seem to beg the artist to wake the song up with her strong voice. On certain tracks, Krause abides by this request, and her strong and sure vocals offer a lovely juxtaposition to the gentle acoustics, making tracks like “Like That Old Willow” some of the album’s impressive highlights.

The lyrics that Krause croons are on par with her stunning vocals, deftly grounding the album’s airiness the tangibility that comes from her own life experiences. Though certainly not tinged with subtlety, songs like “Best of Luck” give a welcome break from the softness of the album, serving up such lines as “Six feet under is just as cold as the last time we spoke.”

For a first album, Hold on Daylight captures an intricate soulfulness that is remarkable for an artist who has yet to graduate college. Though young, Krause’s soulful, poignant vocals create a mature sense of intimacy that puts her on the level of more seasoned folk artists. 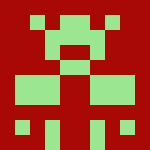 Internet IRL: Up Next: High-tech walkers