There is a certain vocal, insatiable group of neighbors who dislike facets of Georgetown, namely the students. They are the ones who buy “Our homes, not GU’s dorms” signs, lobby for 100 percent of students to stay on campus, and write so many letters that Zoning Commissioner Peter May concluded at the latest hearing that yes, Georgetown students do make objectionable impacts on the neighborhood. More than an opposition to the behaviors, lifestyles, and existence of students, their anti-student view is predicated on their belief that students do not belong to their community.

And everyone in the GUSA election who says they will “improve neighborhood relations”  somehow misses that point. This group of vocal neighbors has no reason to come to picnics thrown by the University, nor to attend plays with free tickets, nor to call all of the University’s efforts—including the Alliance for Local Living, Rocky’s Reports, and the off-campus life team—anything but PR. We can’t expect these cantankerous neighbors to see students as legitimate citizens when every interaction with them is approached like a peace treaty. If the next GUSA executive genuinely wants to improve the student body’s relationship with the anti-student neighbors, whoever wins is going to need to play on their field and go the meetings of the Advisory Neighborhood Commission 2E.

For some context, the ANCs are the basic unit of local government in D.C. Each commissioner on ANC2E (encompassing Georgetown, Burleith, and Hillendale) represents around 2000 citizens, determined geographically. Currently, ANC2E has one student commissioner who represents a portion of campus. In the next election cycle, campus will be represented by two commissioners (only two, but I’ll get to that later).

The other two important local organizations are the Citizens Association of Georgetown and the Burleith Citizens Association. CAG and BCA have no legal standing, but do have a remarkable buy-in from the residents of Georgetown and Burleith, respectively. Accordingly, the relationship between the local government (ANC2E) and the citizens associations (CAG/BCA) is extremely close: for the campus plan hearings, CAG/BCA and ANC2E co-authored a few submissions.

In summary, there is a local government supposedly representing everyone in the Georgetown-Burleith-Hillendale area equally, and two community organizations, CAG and BCA, which work closely with ANC2E.

Now we come to students who are already under-represented on the local government and whose association doesn’t even show up to the meetings. Yes, I’m talking about the Georgetown University Student Assocation. All I hear from GUSA candidates are outside-the-box solutions, like more neighborhood clean-ups, to fix “the neighbor problem.” I think it’s time to start playing on their terms.

Since so much of the rhetoric coming from this group of neighbors in charge of the ANC/CAG/BCA is directed specifically at students (and not just University policy), the student voice should be represented, directly to the neighbors, by attending the ANC meetings.

Looking back, there were two instances last year when having an official student voice could have benefitted (or at least defended) students. First, GUSA could have filed with the Zoning Commission for party status at the campus plan hearing last June. The University, ANC2E, CAG, BCA, and a few other groups all had official party status in the hearings, but not GUSA. Especially since many anti-Campus Plan arguments were explicitly anti-student arguments, someone representing the students as people, and not as objects of policy, should have countered.

In an email interview with me last fall, ANC2E Commissioner Charlie Eason commented on the choice of working group co-chairs. “In our own Ward 2,” he wrote, “Councilmember Jack Evans claims to have appointed as co-chairs of the redistricting ‘working group’ leaders of community associations, but completely ignored what is arguably the largest community association, GUSA.” Although having the GUSA executive fight for a co-chair position would have been nice, this slight demonstrates that the student association is not seen as a legitimate voice in the neighborhood.

This brings me back to the point that GUSA candidates are missing: no improvement in student body-vocal neighbor relations will improve as long as students are seen as and act as outsiders to the community. The solution is easier than they might imagine. Just show up.

Think GUSA should get on their ANC game? Talk to Ryan at rbellmore@georgetownvoice.com 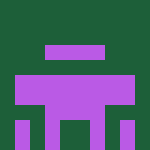