I am under 21 and don’t have a fake ID. I tend to like the older ladies here at Georgetown, and sometimes I snag a gorgeous junior or senior and take her out to coffee. Here’s the issue– when it’s time to step it up from a coffee date and take her for a nice dinner, I sort of hit a wall. I can’t buy her wine at a restaurant, can’t take her out to a bar or a club, etc. It sucks. Help please!

So distressing, to be caught in the middle of childhood and adulthood. Listen to Britney Spears’ “I’m Not a Girl, Not Yet a Woman,”—you are not alone! Cheer yourself up by thinking about everything an older girl might like about dating a guy under 21.

Not being able to buy alcohol is really one of the only downsides to your youth—otherwise, you’re probably more flexible and spritely, you’re probably less stressed about life after college, and you’re probably not going to go senile any time soon. Darn it, you’re just a bundle of fun. Just like Britney.

I’d say you should just be upfront about your dilemma, and any reasonable girl will understand. Still take her out to a nice dinner, of course (you don’t want to get stuck at the coffee date level), but maybe you can pregame in your room or have a drink afterwards.

Now that I think of it, isn’t a nice glass of wine in your Village B more private and romantic than trying to order some fancy-sounding crap at a mediocre Italian restaurant? I think so. As for clubs and bars, I guess you’ll just be confined to parties until your blessed 21st—which really isn’t all that bad. If your girl is still snotty and won’t accept that you can’t be all adult-y, she’s probably not a keeper anyway.

I’m tired of Leo’s already (big surprise), which does not bode well for the rest of my semester. I can’t keep buying food off campus, though. I’m going broke already! How can I handle eating at Leo’s for the rest of the semester—nay, the rest of the year—when the thought of it already makes me depressed?

Join the club of pretty much everyone who has a meal plan. The thing about Leo’s is that, obviously, creativity and effort make all the difference. I could piece together a gorgeous panini masterpiece or craft a salad that looks like it should be in Gourmet, but I’m lazy. So lazy. Life is hard. Allow me, then, to suggest some quick tips that won’t require you to put forth too much effort and yet provide you, at least sometimes, with an acceptable meal.

First, it’s all about the additions. Don’t just get pizza, add Parmesan on top to give it some actual flavor. Don’t just make a waffle, add Oreo bits from the ice cream toppings bar, or sprinkle in some brown sugar and cinnamon. Don’t just get plain pasta, add feta from the salad bar and maybe some peas, or whatever else floats your boat. Seriously, you can maybe save your meal if you throw some stuff on top or mix some stuff in. All we can do is try.

Also, I have a theory that the chefs care the most about the vegan station because they won that award about being super vegan or whatever. I used to overlook it, but I’m starting to pay it serious attention—sometimes there is beyond-decent food! Imagine that! Soups are generally okay as well, but people tend to forget about them!

When in doubt, have whatever Stacy is making. She is a goddess. 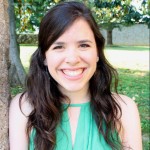