On the evening of student government senate elections, student rights supporters scored a major victory in a referendum put forward by GUSA supporting a burden-of-proof alteration to the Student Code of Conduct. The recommendation for raising the evidentiary standard in all cases except instances of sexual assault was first proposed in April by the Disciplinary Review Committee. In the vote, the current “more likely than not” standard received a total of 93 votes, while the now well-advertised “clear and convincing” proposal received 2,507.

Unfortunately, as is the case with most policies overwhelmingly upheld by the student body, this referendum is not binding. Instead, the move was designed to demonstrate to University Vice President Todd Olson that the “clear and convincing” standard, which requires concrete evidence as opposed to a subjective judgment call, has an enthusiastic group of supporters.

In spite of approval by numerous students, faculty members, and administrators, Olson has remained uncommitted and seemingly disinterested, citing the existence of an external review by representatives from Duke University, which uses a “clear and convincing” standard, and Loyola University that concluded at the end of September.

The audit was intended to review the Office of Student Conduct to determine whether a “clear and convincing” standard would fit the organization and improve investigations of the Judicial Hearing Board.

Despite the audit’s conclusion, Olson has refused to comment on his decision and on the opinion of the independent reviewers. To make matters more opaque, student media groups have been denied interviews with the Duke and Loyola representatives.

GUSA President Clara Gustafson (SFS ’13) and Vice President Vail Kohnert-Yount (SFS ’13) have been the only transparent actors throughout this process. In an interview with The Hoya, Kohnert-Yount stated, “[The reviewers] seemed to be very understanding of the challenges the students face in interacting with the code of conduct,” referencing a meeting that occurred on Sept. 27, the day of the referendum.

A striking dichotomy emerges in the two approaches to the issue of the burden of proof.

GUSA has actively campaigned for the amendment of the Code of Conduct following the DRC’s recommendation, using every forum from emails sent to student group leaders to large-print open letters to Olson posted in Red Square (one of which mysteriously disappeared).

Olson, on the other hand, as the only administrator capable of delivering the final verdict, has revealed nothing.

The reticence, while eliciting some well-earned suspicion, may have a perfectly reasonable explanation; after all, Georgetown’s institutions operate primarily on an independent basis. Channels for communication and policymaking are in shambles, even in the case of the Student Code of Conduct itself.

Georgetown University’s Law Center, for instance, has adopted a “clear and convincing” standard.

Requiring less evidence under a “more likely than not” burden of proof may on the surface appear to be less time-consuming, but the end result is incredibly inefficient; under two separate conduct systems, Georgetown weakens its image. As a Jesuit institution aiming to promote truth and justice, two distinct measures of said justice lead to a devaluation of brand equity. A more consistent approach to student life must be upheld.

Olson cannot be entirely convicted of ignorance of Georgetown’s policies, especially under a “more likely than not” standard, though the impact of an impotent bureaucratic system on the matter cannot be discounted.

Clearly unconvinced by the external audit, which appears to lean in the direction of the DRC based on Kohnert-Yount’s statements, Olson has been holding off on the change based on a by now largely irrelevant personal preference, perhaps one shared with other administrators.

As the DRC, GUSA, and a vast majority of students continue to throw support behind the “clear and convincing” amendment, glimpses of such ineffective University management are exposed.

Todd Olson must institute a “clear and convincing” standard and work to increase transparency. Anything less than bending to the will of most participants in the discussion erodes expectations of accountability and trust between the students and the administration; both concepts are far more difficult to come by under an outdated “more likely than not” burden of proof.

Make Kirill’s guilt clear and convincing by contacting him at kmakarenko@georgetownvoice.com 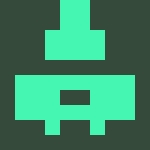 Thank you so much for this thoughtful piece on why the “clear and convincing” standard is so important! We appreciate the support. :)