Dixie vilifiers not ready to make nice with the South

Growing up in a semi-rural town near Richmond, Va., I was constantly bombarded by everything country, from country music on school buses to Confederate flags on every Southern pride shirt. My family comes from across the country, so naturally we felt no ties to the established families and traditions of the area. I hated that culture and, like many others, was prejudiced against Southerners and their evident flaws.
It was not until I came to Georgetown that I found myself included in the very group that I disliked so much. People heard my accent or learned where I was from and flashed a look of superiority, or loudly joked that the Southern states should be avoided like the plague. I still have people argue with me about the wretched places in states like Alabama, while admitting they have never been and acknowledging that I spent nearly every summer of my childhood there. If you are Southern, you are inherently the butt of every Northern joke. Even though students here decided to go to a university in D.C., only a few hours away from my hometown, I am still a redneck compared to my Maryland counterparts.
Having a mother from Alabama and a father from Ohio led me to be raised with a sense of both sides of the Yankee/Dixie spectrum, and I feel that I can be pretty detached in my evaluation of both. Until now, I never realized how unfair I was to fellow Southerners and how extremely gracious I was to Northerners.
While both regions face many issues that should not be glossed over, there is a tendency to focus on how they play out in the South and not in the North. It is true that racism and poverty still run rampant in the Deep South and reforms are necessary, but I can also say that these problems are not bound by the Mason-Dixon line. Poverty, crime, and bigotry are unfortunately pervasive, and I’ll admit I am tired of hearing Northern pots calling the kettle black just because a Southern accent sounds ignorant to them. I am tired of my Northern relatives looking down on my Southern relatives before they even meet them.
I believe it is true that in many cases Southern families, no different than their Northern counterparts, are scoffed at due to their accents, a fact that is emphasized by television shows. Either we mock them for being Southern or we see shows like Hart of Dixie and become enamored with the 1950s-styled, big-haired Southern blond cliché and we love the quaintness. We love looking at the south through lenses of preconception, charm, media, or misery. Doesn’t such a large portion of the country deserve to be considered as they are in themselves, without a lens and a touch of disdain? Would we, could we, make the same umbrella statements about these families if they had a Northern accent? Moreover, besides matters involving those negatives most of us can agree on, like racism, what really is bad about Southern culture? At home I laughed at mudding, frog gigging, and camouflage in school, but these pastimes and preferences do not cause any harm. They are analogous to Northern quirks.
I am a Northern girl by heart and in relation to my personal cultural interests, but people who promulgate the stigma that walking into Louisiana, Alabama, or Georgia means walking into dirt slums are forgetting many important facts of life. They forget that it is not where you are born that matters or determines who you are. With these prejudices, they will never experience fresh seafood gumbo, the sound of cicadas in summertime, eating figs right off of the tree, or the belief that all are welcome even if the meal is wanting. They lose the chance to witness much of the simplicity and beauty on earth by treating Southerners exactly how they presume and fear Southerners treat others.
Moving only a few hours away to Georgetown has been my first real experience with what every Southerner feels when going northward. I suppose I am Southern–I grew up in Virginia after all–but how I talk and the piece of earth on which I was born does not define who I am, or who my fellow Southerners are. I’m tired of being looked at through romantic notions like being a Southern belle in a hoop skirt that just walked off a plantation. Bless my little heart, I must be so ignorant.
To answer many of the questions I have received since coming here: no, I do not live like Sookie Stackhouse, I am fairly certain no Southern town is actually like the one on Hart of Dixie, and I do not eat “sketti,” but, if you don’t mind, you could pass me one more fried green tomato. 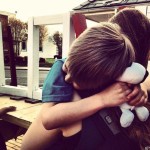 Ana Smith
Ana Smith is a member of the College class of 2015. She majored in Biology of Global Health, premed, and minored in French.

What if the rat problem became… AN EWOK PROBLEM???