Home » Opinion » Voices » 50 years on, still living in the illusion of a post-racial society 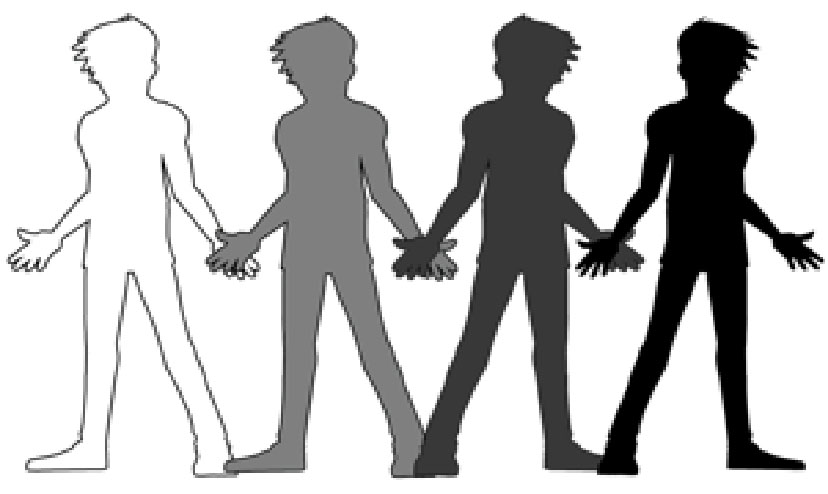 50 years on, still living in the illusion of a post-racial society

Many have claimed President Barack Obama is the fulfilment of Dr. King’s half-century old dream, pointing to the election and reelection of the first black head of state as the coming of a post-racial society—an America no longer concerned with race, but instead views all individuals based on the content of their character. However, these individuals neglect the dual identity that President Obama and millions of African-Americans and minorities encounter on a daily basis—trying to balance an appreciation of one’s cultural background, while striving to attain success in a predominantly white society.

Unfortunately, not many have been successful at this task. Some choose to sacrifice their cultural affiliation in order to achieve success, conforming to the norms of white society in order to make more money and attain a higher social status. Others “buck the system,” deceived into thinking that valuing their black identity means rejecting success as defined by white America. But the greater question is this: If white Americans never choose between dual identities, why should anyone else have to?

In a recent Struggle and Transcendence class, Father Raymond Kemp asked several of my white peers how often they think about their race. Jokingly, a classmate responded, “every time I enter your class.” Although this was a moment of comic relief for the whole class, Father Kemp’s question caused many of my white peers to face an enlightening reality—race still matters.

In various conversations, many individuals have claimed that race is no longer a problem and that we live in a post-racial society. Even in our pseudo post-racial society, race matters. In order to prove my point, I want you to answer each of these questions honestly. First, how many times have you assumed that an African-American male must play sports since he is at Georgetown? Or assumed that the minority student in your class is most likely at Georgetown solely because of affirmative action? Finally, how do you treat those in the service industry? Would your demeanor and interaction with them change if they were the same race as you?

If you’ve answered ‘yes’ to any of those questions, let me be the first to assure you that it’s not your fault that you view things the way you do. Racism is so deeply embedded in the American tapestry that it has become second nature to many people. In our current society, it has taken on different forms, forms not so overtly demonstrated. For example, in the Early National era and the Civil Rights era, Blacks were viewed as undoubtedly inferior to Whites. This form of racism was explicitly stated and practiced—Blacks served Whites, Blacks and Whites could not eat together, sit together, or even worship together.

Now, however, racism isn’t as overtly stated but instead is re-incarnated in several subtle and unnoticeable forms; sadly, some Blacks don’t even notice it. In her best selling 2010 book The New Jim Crow, Michelle Alexander argues the prison system in America is a form of institutionalized racism.  Interestingly enough, Alexander discovered most prisoners today suffer the same consequences as enslaved Africans during the Jim Crow era—no access to voting and discrimination.

Additionally, many African-Americans also experience institutional racism in education, healthcare, access to jobs, and several other aspects of life. In each of these areas, African-Americans are the most or nearly the most disenfranchised in comparison to other races. Why? In America, race still matters.

Though some might argue that upper-class Blacks are an example of how class discrimination is much more prevalent than racial discrimination, recent issues tell a different story. One example is the case of Henry Louis Gates, Jr. In 2009 Gates, an African-American Harvard University professor was arrested for disorderly conduct because an officer thought he was trying to break into a house. After Gates presented his ID and explained to the officer his situation, he still proceeded to arrest Gates.

Some might argue that this is an extreme example, but I beg to differ. How would the officer’s response change if Gates was a white male? Although upper class Blacks may not experience the same forms of institutional racism as lower-class Blacks, the Gates incident and other unlisted events support the notion that race still matters.

But there’s one problem—I am not the typical African-American student.

There is no typical African-American, but subconscious racism reinforces stereotypes and fuels systems that continue to disproportionately disenfranchise African Americans. Although my greatest hope is that someday there will be no need for social justice organizations like the NAACP, our work won’t end until minorities don’t have to choose between competing identities in America.

Moving and hilarious, Vagina Monologues hits the spot
Carrying on: Majority, but still a minority

ONE COMMENT ON THIS POST To “50 years on, still living in the illusion of a post-racial society”