Subversive Polk Street is filled with seasons of love 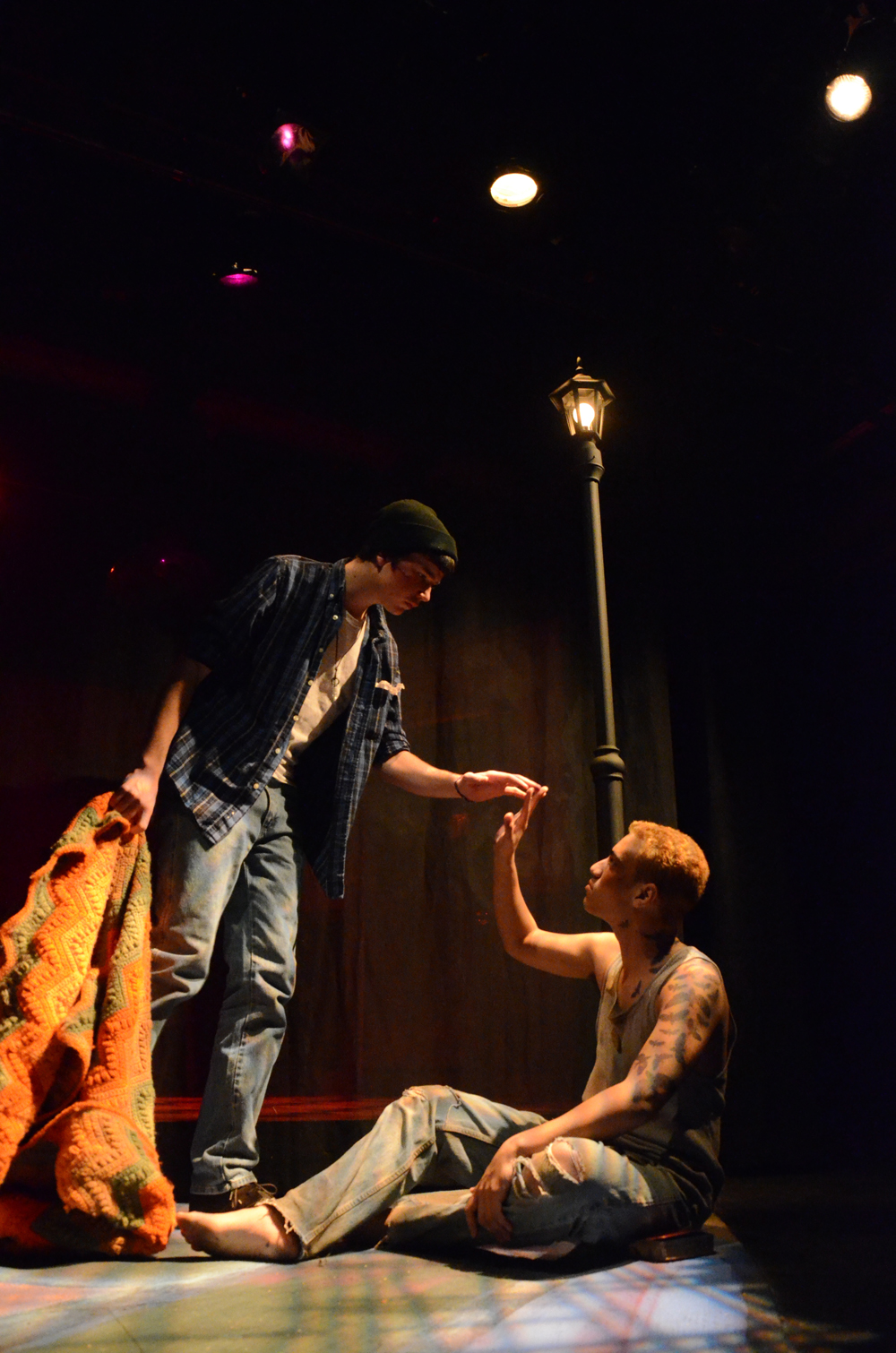 A hustler wrestling with addiction, a transgendered dancer struggling to conquer her “mind and body” problem, a successful businessman trying to salvage what is left of a crumbling neighborhood, and an “indestructible” Reverend tired of identifying bodies of the ones he loves. These are just some of the stories celebrated in Polk Street, written and directed by T. Chase Meacham (COL ’15). A co-production between Mask & Bauble and Nomadic, Polk Street is inspired by Joey Plaster’s “Polk Street Stories,” a special radio broadcast sponsored by NPR.

Notorious during the 20th century, Polk Street is a small area in San Francisco’s Tenderloin District that attracted a large homosexual population in the ‘50s and ‘60s. The first drag queens, or “female impersonators,” appeared in this area as early as Prohibition, and since then it has been infamous for gay bars, prostitution, and drugs. As the Gay Liberation movement of the 1970s ignited, the gay population grew, expanding to an area called the Castro, which had a cleaner reputation than the sinful Tenderloin District.

The writing of Polk Street immediately draws the audience in, inviting all of us to “lay your dreams on me, child.“ The proximity between stage and audience lends an air of realism to the show; it’s easy to lose yourself and believe you’re sitting in the bar on stage, or underneath the sole lamplight, an iconic feature of that part of San Francisco. Each actor masterfully “breaks the fourth wall,” talking to audience members as if they were old friends, then immediately reeling themselves back in to interact with another character on stage.

Meacham is able to take the audience from the past to the present in a blink of an eye, without missing a beat or leaving anyone behind. Despite the play’s confrontation of serious issues like HIV/AIDS, speed, and the merciless thugs of the street, there are great moments of levity within the dialogue, masterfully delivered by the cast.

This is especially impressive, given the unorthodox nature of the play and the zaniness of its characters. Grayson Ullman (COL ’16) donned high heels, wig, and female clothing to appear as Ms. Tammy Levine, the queen of the “other others,” while Gregory Kaiser (COL’16) portrays a former community member who has decided to make a better life for himself. That being said, his character doesn’t want to leave his past friends and lovers behind with the area itself.

When talking to Producer Arianne Price (COL ’15), I asked her if it was easy to tackle such difficult concepts and characters. “We were very upfront in the audition process,” she said, “but we made sure this was a safe space for our actors, and did a lot of character work.”

When I asked both Price and Meacham about what they hoped the Georgetown community would take away from Polk Street, they had the same answer: to start a dialogue. “In my mind, I see the play as Act I,” Meacham said, “and what happens out in the lobby after the show is Act II.” Price acknowledges the material is out of most people’s comfort zones, but she hopes that students will recognize that for some people, this kind of life is reality. “You never know what someone’s story is until you ask,” Price said with a smile.