The odds are no longer in Katniss Everdeen’s favor. Darker and more raw than The Hunger Games (2012), Catching Fire captures the emotional aftermath of Katniss’ Hunger Games win and the dangerous ripples of rebellion coursing through Panem.

In the months after returning to District 12, the Games fail to fade into memory for Katniss and Peeta. Katniss (Jennifer Lawrence), hero to suppressed Panem and winner of the 74th Hunger Games, cannot forget that her victory came at the cost of the lives of the other competitors.

Rather than sugarcoat Katniss’ emotional distress, Director Francis Lawrence brings her struggle to the film’s forefront. As Katniss’ curdling screams echo across the forest in District 12, the gravity of the young girl’s PTSD sinks in. She can no longer take refuge in hunting game, as hallucinations of the dead appear every time she picks up her bow and arrow.

On the obligatory victory tour to all of the districts, an image of Rue and the forlorn faces of Rue’s family in District 11 move Katniss—and the audience—to tears. Prompted by Katniss’ pain, Peeta (Josh Hutchinson) rashly dedicates a portion of their winnings to her family.

Such meaningful actions provoke harsh responses from President Snow (Donald Sutherland), who is struggling to keep his grip on a once-crippled nation.

Announcement of the special Quarter Quell, the 75th Hunger Games, by the hauntingly cheerful Caesar Flickerman (Stanley Tucci) does not abate the restlessness. As usual, glib media coverage of the Quarter Quell grossly resembles American reality television, with fans thirsting for blood. Here, Catching Fire proves brilliant in its cinematography, switching styles between the grittiness of district life and the gaudiness of the capitol.

The film deftly combines political commentary and fight sequences, but it is decidedly adult despite being derived from a YA novel. Where Collins hinted at brutality in her book, the cinematic translation shows unadulterated violence with little filter. As the first protesters resist the capitol in District 11, soldiers yank Katniss behind doors so that she cannot see the fallout. But the audience does.

Lawrence brings a new, much more grave tone to Catching Fire, which even manifests itself in the monochromatic grey that pervades everything but the tropical Quarter Quell arena.

The director cultivates the already superior talent of the cast, down to even the minor characters. Katniss’ sister Prim (Willow Shields) appears for only a few scenes, but her expressive eyes and grave voice convey her self-awareness and growth. Even Effie Trinket (Elizabeth Banks) breaks her outlandish façade to acknowledge the depth of the Capitol’s oppression.

The addition of fan favorite Plutarch Heavensbee (Philip Seymour Hoffman) and his cat-and-mouse interactions with President Snow build intrigue and set up the storyline for the next two films. Hoffman, who dryly plays the sly Heavensbee, expertly warms audiences up to Panem’s coming war.

Although Catching Fire plants seeds for later fruition, it should not be viewed simply as a set up for the conclusion of the series. The pervasive pain, the urgency for change, and the continued devastation of glorified murder set this film above its predecessor and establish it as an impressive movie in its own right.

The odds may no longer be in Katniss’ favor, but they are in the audience’s as we await the next installment of this thought-provoking series. 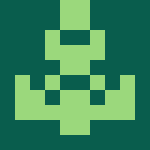