On the Record: “Passing Out Pieces” with Mac DeMarco

By Shalina Chatlani and Robin Giles

Mac DeMarco, down-to-earth Canadian rocker dude (with a tendency to get a little weird), agreed to discuss his upcoming album Salad Days and his thoughts on the music industry with the Voice.

DeMarco, whose breakout album 2 came out last year, gave some honest, insightful, and hilarious commentary on what it means to be authentic as a professional musician.

We’re really excited about your new album, Salad Days, coming out in April.  Your single “Passing out Pieces” was synth-based, which is new for you, and we’re also curious about the name.

“Salad Days” is a saying from Antony and Cleopatra, the Shakespeare play. It refers to a youthful time, but honestly it doesn’t really have much to do with the album that much. As for the synths, when you play guitar for six or seven years you get kind of bored, so it’s a way to mix things up. I don’t really know what I’m doing anyway, so it’s all just fun for me.

In the music industry it seems like a lot of artists are pressured into developing a certain kind of image. You seem to have avoided that with a sort of “anti-image,” but a lot of music reviews have mentioned that it’s hard to tell when you’re being serious. Do you feel like this is true?

I feel like I can be as serious as I need to be, like when I’m writing songs. I wouldn’t even consider myself an “artist” of some kind though—I’m just having a good time. For me, rock and roll is about having fun. I think if I’m being a little chill or goofy, it makes people more comfortable because they don’t think I’m some kind of cool prick. For me, it’s about connecting with people and making them more comfortable. Some people might assume I’m some sort of freak of nature or something, but I’m pretty used to it.

Was this sort of image something that just evolved over time naturally?

It’s really just the way I am. As far as presenting ourselves as a group, I didn’t want us to be one of those indie rock bands that kick their feet the whole time. People sometimes overassess the way we act, make weird comparisons in interviews. I just think it’s funny. The whole public persona thing—I find it really hilarious.

So, we’ve noticed a bit of androgyny in your album art and music. We were wondering if this was politically motivated or just another way to be goofy?

Well, it doesn’t really reach as deep as being political in any way. I mean I’m up for equal rights and everything, but I’m not really trying to push a message. Yeah, some things are crazy in my eyes, but I’m not trying to say “Fuck you guys!” I’m just being a goofball. If super rightwing Americans get offended or uncomfortable with the way I present myself, that’s fine.

There have been a lot of great alternative/indie artists coming out of Montreal recently. Do you feel sort of indebted to, or were you even a part of the Montreal “scene”?

I was a big part of the Vancouver scene, and then I went to Montreal. I didn’t really get along with many of the bands, and the record labels were kind of fucking me around. There’s this misconception nowadays of “I gotta move to Montreal, shit is happening.” It’s really not. There are some good bands, but none of this shit happened to me until I got signed to a label in New York. I’m really sick of Montreal. It’s fine. It’s cheap. It’s so cheap that you can actually subsidize your life while trying to make music. That part helped, but as far as being a part of anything–I don’t think I was. It’s funny, we played shows there and Arcade Fire was like, “You got good guest lists for the shows, apparently you guys know your shit,” so that was cool.

We just have one more question: why all the cigarettes in your songs and videos?

I don’t even smoke. Just kidding… I’m very addicted to smoking. I think half of my income probably goes to cigarettes. It is funny, I’ll be doing videos and people are like, “Oh you like smoking, why don’t you have another?” Sometimes I end up smoking up to 18 cigarettes in the span of half an hour. 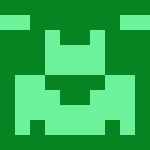