As though his stomach contained a disorderly boiler,

that would blast out hot air and whimper and shrill.

The sibilant near-silence of walking on snow at 3am to visit your mistress.

The elusive inevitability of orgasm and, afterwards, soundless technicolor contentment, and smiling

A pouting, frightened face on billboards,

he seemed to regret having left the womb.

Under the unwavering gaze of his unapplauding

wife who took the kids,

he groaned all the way to the dealer:

Staring up at the sunlit ceiling,

Atop the gutter I cry in Paris, Munich, Morocco, her lap.

I swallow all the coal polluted water of me, a kettle atop disappointed domesticity’s wood stove and

If equal affection cannot be,

Let the more loving one be her.

Libidinal thunderstorms whip us up

And drive us down.

He was as fat as a baby.

Licking his lips as he surrendered at last to erasure, he said:

Let love make what it will of me.

This poem was written by Michael Mungellio for the Lannan Fellows Program. 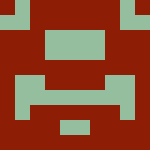