The New York Jets recently released former AFC champion contending quarterback Mark Sanchez and signed former Eagles quarterback Michael Vick. Both these moves were hopefully made with the sole purpose of fixing what was essentially a dumpster fire at the quarterback position. However, just like the signing of TIm Tebow, many will wonder if the Jets are just creating headlines for the sake of creating headlines. While it is hard to argue against the second suggestion, I think it would be foolish to ignore the simple fact that Michael Vick does in fact make the Jets a much better team. Furthermore, Michael Vick and his comeback from public disgrace has made the NFL a much better organization.

First and foremost, Vick helps the Jets with more experience as well as more talent and skill than incumbent starter Geno Smith. We are still very much in the middle of the NFL offseason, so we the public are unsure if the Jets will let the quarterbacks compete for a starting job or simply allow Smith to keep what was his at the end of last season. Some type of competition seems likely considering Smith’s struggles at times, and at the very least a competition could spur Smith to put in the work to become a franchise quarterback like the Jets hope he can be. The Jets surely want this to be the case, having Vick on the sideline would help Smith mature. Vick is especially fit for this role given his own history as a mobile quarterback. The Jets will likely suggest that Vick give advice to help Smith avoid the turnovers and injuries that plagued the elusive Vick.

Despite what the Jets previously expected out of Smith, Vick will end up as the Jets starter at some point this season. People forget that while Nick Foles did take over (and proceed to play fantastically well) last season in Philadelphia, Vick didn’t exactly play out of his job. Vick was playing well before being sidelined with an injury, allowing Foles to step up. After he played so well Vick never returned to his starting role. With that in mind, I do believe Vick still has more than enough left in the tank to beat out Geno Smith. Vick’s established ability to escape pressure and create plays with his feet will totally transform the Jets offense. While in the recent past opposing defenses would dare Jets quarterbacks to beat them, because they never could, Vick’s abilities would actually put some pressure on defenses, allowing passing and rushing lanes to open up. Now by no means does Vick make the Jets a great team, but they will certainly be a better one for the time being should Vick play meaningful minutes.

I am a both a dog owner/lover, as well as a Giants fan, so I have all the reasons I want to hate Vick, however I can’t help but think that his story has been a huge success for the NFL as a whole. To be fair, I want to make the disclaimer that everything we now see of Vick is a facade of a man who realizes that he has no margin of error in the public eye; maybe he is nothing more than an excellent actor who pretends to be the man he needs to be to keep a job and to minimize the hate he receives. From what I can tell, as well as what I want to believe, it really seems like Michael Vick has truly made a comeback and a transformation into a good man, and the NFL benefits tremendously. The NFL could have kept Vick indefinitely suspended following his legal troubles. However, the league made the decision to reinstate Vick, a choice that was heavily criticised at the time. However, slowly but surely Vick prove that he had learned from his mistakes and was not going to take his second chance for granted. On many small occasions Vick showed signs of his turnaround, but for me two major events stand out. First, his outspoken defense of Eagles wide receiver Riley Cooper following his own scandal. Vick not only showed his integrity by publicly backing Cooper following a video release of Cooper using racial slurs, but he also showed that he was a prominent and respected locker room presence as the Eagles did not implode with infighting, and Cooper actually went on to have a very impressive statistical year. The second incident which spoke volumes about Vick’s character was how he handled being replaced by the red hot Foles after Vick was finally healthy enough to return to the field. Vick was extremely supportive of Foles, and honestly they seemed like good friends at press conferences and that is extremely commendable of Vick who only lost his starting role due to an injury.

Vick’s story from disgrace to humble team player helps the NFL’s image a ton, especially considering how the NFL could have kept Vick from ever seeing the field again. Had Vick returned only to commit another crime or be involved in another scandal then the NFL would look just like the MLB does right now with performance enhancing drugs. MLB continues to be burned by cheaters who plead their innocence – think Ryan Braun – and ultimately it makes the league look weak and foolish. However, the NFL’s gamble on Vick has proved that NFL has the proper assets and programs to help reform players who make mistakes. The NBA also struggles like the MLB, and it has been fighting for its image ever since the infamous “Malice at the Palace” brawl between the Detroit Pistons and Indiana Pacers. The NFL still has its share of controversial and even criminal players, such as Ndamukong Suh, Plaxico Burress, and most recently Richard Sherman and even Colts owner Jim Irsay. However, the success of Michael Vick, in part due to the NFL’s decision to allow him a second chance, proves that the NFL has the ability to promote a positive image of itself and of its players, granting it much more favorable public opinion and therefore more success. 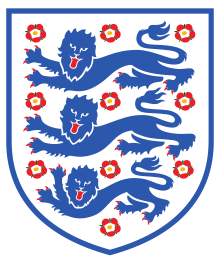 Adams Morgan is a Hipster Paradise