As Julius Caesar once said, “experience is the teacher of all things.” No sentiment could ring more true than this in explaining the skill with which Irish singer-songwriter Andrew Hozier Byrne has crafted his debut album, Hozier. The album is evidently a construction of Byrne’s life-experiences: after dropping out of studying music at Trinity College, Byrne toured, performed, went through a breakup, and found himself in his parents’ basement, writing the beginnings of his work.

No music theory class, no Intro to Music Composition seminar could have led Byrne to produce this album. Hozier’s craftsmanship is a result of his pure experience, nothing less. Hozier’s sound has elements of folk and blues and extends to beat-driven R&B-rock in “It Will Come Back.” Tracks like “In A Week” warrant comparisons to The Civil Wars’ and Glen Hansard’s work, while more echoey, melancholy songs such as “Like Real People Do” are dreamlike and gentle in their compositional approach.

Just as every great storyteller has powerful means of communication, so too does Byrne have the musical chops to carry his message across. Byrne’s voice in tracks such as “Take Me To Church” and “Sedated” is reminiscent of the greats in its powerful, soulful sound. His voice carries the emotions of his experience, doubt, angst, joy and anger, and weaves them seamlessly into their proper narrative places throughout the album; emotion is an instrument in and of itself, and Byrne uses it tastefully.

Almost as impressive as Hozier’s dominating vocals is the lyrical artistry with which he tells his stories. Lyrics like “From Eden’s” chorus, “Honey, you’re familiar like my mirror years ago/Idealism sits in prison, chivalry fell on its sword/Innocence died screaming, honey, ask me I should know/I slithered here from Eden just to sit outside your door,” have a rhythm and depth to them that only the most talented of storytellers can achieve. His lyrics are effortless and pure—rare is the moment in listening to Hozier when they feel awkward or void of their respective emotions.

While it is tempting to call an album of this nature “refreshing,” to do so in this case would be a misrepresentation of its feel. Hozier is much more akin to catching up with an old friend over a hot cup of coffee, getting caught up in a conversation of past successes, and listening to dreams of future endeavors. Byrne is by nature a storyteller, and Hozier is a beautiful story indeed. 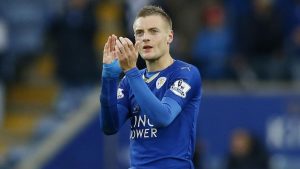 Thanks for the introduction. I will most definitely add Hozier to my playlist!