All the Way: A fresh look at the MLB

While many of my fellow Georgetowners escaped to tropical paradises in the Caribbean for spring break, dropping serious coin on beachside resorts and fruity alcoholic drinks, I flew out to the aesthetically bland Phoenix, Arizona. Far from any youthful bacchanalians or scantily-dressed undergrads, Phoenix is not necessarily what most college guys would consider to be the ultimate spring break getaway. But residing in and among the Phoenix area lies a gem that surpasses anything a tropical retreat could possibly offer: Major League Baseball’s spring training.

Spanning a five to six-week period from mid-February to late March, spring training is the portion of preseason when teams flock to their respective warm-weather hubs in either Arizona or Florida to get back into their baseball grooves. For fans, especially those living in the frozen Northern regions, the opportunity to gulp beer and spit sunflower seeds out under that warm Southern sun while taking in the first swings of a new season is nothing less than a dream come true. With none of the statistics or records counting toward regular season totals, spring training breeds an air of anxiety-free game-viewing as fans can get a first look at their favorite returning stars and exciting new prospects fighting for a spot on the opening day roster.

Yet, despite all of the American glory that converges within those small training stadiums, spring training is not without its criticisms. These exhibition games originated back in the late 1800’s as a pragmatic method of getting players to drop their holiday weight and force themselves back into rhythm before the regular season opened and games began to matter. These days, though, the games have become a high-grossing commercial commodity for the MLB and, in the opinion of some players and coaches, have lost their focus on preparation for season play. The main criticism by players and coaches appears to be the length of the spring training period.

Mike Scioscia, manager of the Los Angeles Angels, claimed that most of the guys these days come into spring training already in shape for the season and therefore only need a couple weeks to work out the kinks.

“It’s nice to say we have this extra time, but when you get to March 20 these guys have peaked. They want to get out there and play,” Scioscia said.

And he’s right in that respect, but when this issue is put on the table for Commissioner Bud Selig’s successor next January, he will not and should not downsize spring training. It’s impossible to argue with coaches on what they think is in the best interests of the players, but much of baseball and nearly all of the MLB’s success is built by the fan experience. Admittedly, shortening the length of spring training wouldn’t affect player performance during the regular season much, but these exhibition games have become a valued opportunity for fans to sit closer to the field, watch interleague matchups, and take in an atmosphere wholly different from the regular season.

In many cases in professional sports, the prominence of money on the minds of owners sacrifices some of the authenticity of the sport, but in this case, a money-making mindset actually provides great benefit to the fans, instead of just owners. Performance during spring training may not be an accurate predictor of success during the regular season and everyday starters may only be playing five innings a game, but these are not aspects that should be dwelled upon. What should be valued most about spring training is that fans are given a unique look at the game.

Pregame ventures into the back-area practice complexes give fans a look at the behind-the-scenes effort being put in by young prospects. Smaller crowds at the spring stadiums means a more comfortable and intimate viewing experience that is impossible to recreate in the mega stadiums back in each team’s home city. Spring training games may not mean much in the eyes of the players, who have their sights set on their Opening Day at-bats, but for the fans, the trips out to Arizona or Florida are a refreshing way to watch the game we love. And for that reason alone, spring training should live on. 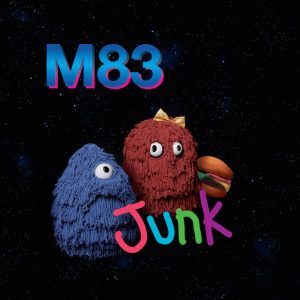