This past Monday, the International Labor Organization condemned Qatar for not improving working conditions for migrant workers involved with the preparations for the 2022 World Cup. New information released by the Indian and Nepalese embassies indicates that over the course of February, 36 Indian and Nepalese workers died, 26 more Indian workers died in March, and the working conditions of these men and women don’t look like they’re going to improve any time soon.

Migrating workers are struggling with the non-payment of wages, forced labor, and the poor regulation of their safety of working conditions. Anyone with half a brain can tell you that by humane standards, this is unacceptable.

Many columnists and other news reporters have written on the harsh working conditions of migrants in relation to the Qatari World Cup; the Guardian even released their own report on the subject.  Everyone seems incredibly surprised that it’s even possible that abuses of human rights in relation to the World Cup could come to pass. I really only have one thing to say… what was everyone expecting?

Hosting an international footballing tournament is no small task. Besides the number of accessible and up-to-code stadiums necessary to host multiple soccer matches a week, a country must invest time, money, and labor into improving infrastructure, training facilities, and the tourism industry, not to mention dealing with any problems of perceived poverty (a la Beijing 2008).

Let’s consider Qatar’s ability to handle heavy preparation. According to the CIA Factbook, Qatar has the second highest GDP per capita in the world and 14 percent of its households contain at least one millionaire. Despite money being a prevalent force on the peninsula, workforce remains an issue. As you can imagine, millionaires aren’t too big on physical labor. 94 percent of all labor done in the country is comprised of migrant workers. Unfortunately for them, there are almost no regulations for their safety and treatment.

It’s like the perfect storm for human rights abuses. Let’s get rid of all the numbers and really boil it down. Qatar is small in size and population. Qatar has a lot of money. Qatar is going to need a workforce to construct all of these stadiums, and their millionaires aren’t getting in line to grab a helmet and get to work. They have less than a decade to pretty much give their country a facelift. There are tons of impoverished people in Asia who are looking for work… and can find it in a country where they’re basically sure to get screwed.

All of this information was available or could have been found prior to the decision to award the tournament to the small Middle Eastern nation.

Qatar is really up against it, and you know what? Cheap (in this case, virtually free) labor is a viable option in the face of such a daunting task. Comedian Louis C.K. does this great bit on how no major human accomplishment, whether it’s the revitalization of an economy or the building of a great landmark, has ever been accomplished without slavery. It’s pretty funny. Why? Because comedy is rooted in truth.

The question remains, why did Qatar receive the bid over countries that were more qualified to host? The official Blatter-sanctioned answer is that FIFA is trying to promote the sport in as many different cultures as possible and ensure that soccer truly remains a global game. Media organizations and FIFA officials alike have pointed to money as the primary motivator behind the decision. I’m not interested in speculating. I am interested in how no one saw this coming.

I’m fully in support of bringing the international game to as many different places as possible. In an increasingly polarized society, soccer might be one of the last things that people of all races and creeds can enjoy together. If anywhere in the world could use a rallying point, it’s certainly the Middle East. In fact, the tournament has already done some good. Qatar stated that if Israel qualified for the World Cup, they would allow them to participate despite considering them an illegitimate state (baby steps of course, but in the right direction). However, this doesn’t give FIFA the right to completely ignore the obvious practical concern raised in awarding Qatar the World Cup.

Can I say I was considering these possible abuses when I watching with baited breath to see if the world game would come back to the States? Nope. But I was an 18-year-old kid. The men and women involved in tournament selection are paid to consider these possibilities. Maybe they thought that Qatar would take the high road and really prepare in a responsible way. However,  Occam’s razor prevailed once again and the Middle Eastern nation looks to be taking the easy way out.

The question isn’t why are these abuses occurring. We’ve covered that already. The question is why they weren’t predicted, or why those predictions were ignored. People are being abused, and really, FIFA should shoulder some of the blame. 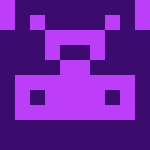