Writer Peter J. Tomasi and artist Patrick Gleason’s Batman and Two-Face #28 issue is not only an absolutely fantastic comic in itself, but it is also a stellar conclusion to a five-issue mini-series of Batman’s first interaction with the duality-based villain, Two-Face. It’s not only beautifully drawn, but goes into a great amount of intimate and emotional depth on Two Face’s character before reaching a heartbreaking, shocking, and poignant conclusion.

The art is probably the star of the entire series. In the past, I was always a person who never really cared about a comic’s artist when it came to superhero comics. Most of the time, these artists tended to blur together in their typical and presentation of their characters and action. It’s sort of like what I talked about in my last review of The World’s Finest Annual #1–for most superhero comics, the art is just good enough for you to tolerate, but not much more.

However, as I read more and more comics, I am slowly discovering a fondness for the truly unique styles or presentations, from Jim Lee’s chaotic, sketchy use of lines to Jae Lee’s minimalist and dream-like imagery. With artists like these, the experience becomes something truly unique and, in some cases, can actually add to the reading experience. As strange as it may seem, a reader can sympathize more with the character if the art lends itself to a certain psychological response. For example, the presentation of a chaotic scene with vibrant colors may unsettle a reader, while calm blues and smooth lines will leave a reader feeling placid and more inclined to pay closer attention to the dialogue. Never let any person tell you that comics are somehow “simpler” than novels because they include pictures. A comic’s artistic presentation adds a whole layer of complexity and subtext that prose cannot match.

With this in mind, let me say that even though I had never seen Patrick Gleason’s work before, I am now a huge fan. His art is a sight to behold, with a lot of hard lines and rich detail that shows off Gleason’s incredible talent. It’s not exactly perfect, Gleason occasionally creates a face that is unintentionally hilarious (this issue featured a sad face on Batman that would rival Grumpy Cat is sheer cartoonishness.) But for every bad panel Gleason draws, there are dozens of amazing ones. His use of shadow and detail is impeccable, and the variety of colors that colorist John Kalisz employs makes this an creative and visually engaging issue. One brilliant example is a fight between Batman and Two-Face near the end of the comic with the panels alternating in a red and blue filter, hinting at the approach of the Gotham City Police. Not only did the fight gain a certain artistic beauty to it, but its inclusion benefitted the narrative.

Like the art, Tomasi’s writing is superb, though not without fault.  There are some absolutely breathtaking moments here, including some intense debates between Batman and Two-Face on morality and choice, a heartwarming memory of Harvey first meeting his wife, and especially the tragic final pages of this issue, which I will not spoil. But I will tell you that this is not only one of the best Two-Face stories I have read in a long time, but also one of the best Batman tales. Batman doesn’t exactly grow as a character, but somehow, it almost doesn’t feel necessary. This is Two-Face’s story, and Batman is simply along for the ride. We’re here to analyze a character that is often over-used in Batman’s history, yet, somehow, Tomasi manages explores some of Two Face’s hidden depth. For example, everyone knows that Harvey Dent was Gotham’s district attorney, but what he did before has always been strangely undetailed. In addition, most writers like to include his wife Gilda Dent, but didn’t much care about what happens to her after Harvey becomes Two-Face. Realizing the story potential here, Tomasi makes these two holes in Dent’s history the absolute center of his piece, and the entire arc feels fresh and interesting.

However, there is one problem of the entire tale that I can’t overlook: the true antagonist of the story, female Irish mobster Erin McKillen, who both killed Harvey Dent’s wife and used to be friends with Bruce Wayne. To put it frankly, she’s a bland, one-note character who is completely unlikable. I cannot honestly tell if Tomasi is trying to make us sympathize with her, but if he is, he failed miserably. All she does is yell at people, betray Batman when he is trying to help her, and only make the situation worse. I guess I should give her credit for being strong and independent and trying to solve things for herself rather than rely on the help of the many men who try to patronize her. But if a character is unlikable due to her frustrating and shallow personality, no amount of independence can make her a good character.

Overall though, this series was great. Not perfect or exceptional, but good enough to actually make me sympathize with a character as tired and overdone as Two-Face. It has great art and writing, and you should check that out when you get the chance. Or you can flip a coin, and hope fate favors you. 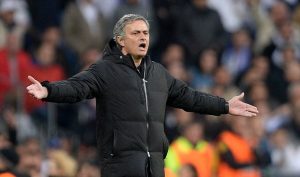