Can’t we all just play fair? In Major League Baseball, the answer to this question is not as simple as yes or no. It is understood in all sports that players will do whatever it takes to get any slight advantage on their competition and it has been understood for decades upon decades. These strategic tactics that test the underlying ethics of competition have resulted in a reality where some rules mean little to nothing for most players and coaches. As attention in the MLB moves away from the highest offense of performance enhancing drugs, the center of attention has become an illegal tactic that originates from the early days of the game. Thanks to Yankees pitcher Michael Pineda, doctoring the baseball is now the next scandal for fans to throw a hissy fit at.

Last Thursday night when the Boston Red Sox faced off against the New York Yankees, the game’s commentators began speaking about an apparent brown substance on the palm of Pineda’s hand while he was on the mound. With photos and game coverage streaking across the internet, showing the blatant appearance of what could be nothing but an illegal substance, Pineda had been caught. But what of it? No one expects Pineda to receive any sort of punishment from the league and everyone involved will simply move on to the next week of games without little thought to the incident. Pineda will take the mound again and will again be using an illegal substance to help with his grip of the ball (though maybe this time he will be smart enough to make it a little less obvious).

The MLB has been adamant about making the game as fair as possible and has cracked down in recent years to ensure that fans are observing even competition and players are not being put at a disadvantage. But, with this message the league is sending in mind, why then would the MLB be so lackadaisical when it comes to pitchers doctoring baseballs? Well, the reason is that the players and coaches just don’t seem to care enough.

Pitchers using pine tar, sunscreen, rosin, firm grip, and combinations of other substances has been such a basic part of the game for so long that the only real application of the rule against it is to make sure that pitchers are not accumulating globs of gunk on the baseball throughout the course of the game. Batters don’t seem to care because they have had to deal with facing pitchers using this tactic from the day they entered the league. Although the substance on Pineda’s hand was obvious and probably could have been noticed from the Red Sox dugout, the team did not complain. They did not complain because firstly, as long as it isn’t greatly affecting ball movement it is no problem for batters and secondly, teams don’t want to call out an opposing pitcher just for their opponents to call them out the next inning.

These unwritten codes of ethics are difficult for us fans to wrap our heads around sometimes because we like our team to win. If the opposing pitcher is using an illegal substance to beat our team, then we’re not going to be happy. Nobody wants to outright see their rival receiving an unfair advantage, but I want to pose a question: Is using pine tar and other substances as a pitcher actually an unfair advantage? I don’t think so.

Hitters get to use pine tar and miscellaneous other substances to doctor up the handles of their bats so that they can get the best grip possible before stepping into the box. As long as the globs of pine tar do not reach too far up the bat as to chunk onto the ball or affect the ball’s trajectory after a hit, it is okay for batters to use these substances. Pitchers should not be excluded from being able to use the same substances batters use. Batters want to hit the ball the best they can and pitchers want to throw the ball as best they can, but they are not allowed to use the same substances to do so. It should not be against the rules for pitchers to use a little pine tar to grip the ball, as long as they don’t go overboard and start painting the ball brown with tar in an effort to change its path to the plate. Anyway, the umpires switch the game balls out so much during an inning, let alone a whole game, that it would be extremely difficult for a pitcher to get any kind of advantage by using these substances. Batters are not limited to using a rosin bag in the on-deck circle and pitchers should not be limited to that on the mound.

Effectively, any kind of change in policy to allow these substances for pitchers wouldn’t really change much, as they already use them most of the time. But what needs to happen is for everyone to calm down, a lot. Doctoring the baseball is not a big deal. If it was, then teams would be calling each other out on it much more often. Pitchers should not be given so much trouble for trying to get on an even playing field with batters, but come on Pineda, at least try to hide it. 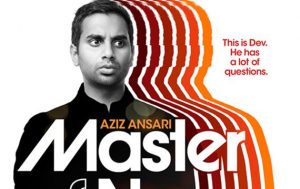 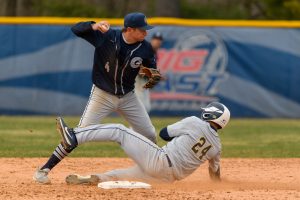 Agreed! Pitching has so many aspects to it that using pine tar can at most improve the pitcher’s performance by 5%.