As I listened to Future’s new album Honest, I came to love its brusk, old-school lyricism and tried-and-tested trap beats. The Georgia rapper broke into the tier of relatively mainstream rap over the past three years with his debut album Pluto and a few collaborations with other famous artists, such as Rihanna, Gucci Mane, and Ludacris. On paper, Honest had potential, between the solid production team and some real star power in its guest features that include Wiz Khalifa and Kanye West. In reality, it was a smattering of home runs and strikeouts.

The album starts strong. Its lead track, “Look Ahead,” is wrapped in a gruff, Rick Ross-like tone that alternates between describing a rapper’s ideally glamorous life and genuinely despairing lines: “Was it cold nights that made me cold/Do the stress increase my hunger/ Tell a lie then make a promise….”.

The inconsistent rhyme scheme of these lyrics adds to an oft-present feeling of uncertainty in Future’s Honest. But with gritty, deep bass lines, Future not only establishes himself as an Atlanta trap great, but also delivers a more introspective, amorous take on Southern rap.

Yet this foray into emotion ends up being little more than commercial, a distinct departure from the sentimental poignancy of his recent single with Rihanna (fittingly named “Love Song”). Furthermore, within the context of the album, these emotional tracks fall even flatter when they are wedged in between materialistic braggadocio. Tracks like “Move that Dope” show that the somewhat deplorable genre of coke rap is alive and well, regardless of how many high profile features an artist acquires for a song.

Sadly, Pharrell’s considerable vocal talents and Pusha T’s legendary flow do not complement Future’s lines about guns, drugs, and money. This raises another point that the lyrics across the album fail to set themselves apart from their Southern rap forbears. Honest is 47 minutes long–slightly longer than the average rap album–yet not one lyric stood out.

Contrasted with Kanye’s Graduation or Eminem’s “Without Me,” Future lacks the memorable, creative wordplay of true emcees. Let’s be Honest–actually, let’s not: it’s time for Seattle lyricism to make its way to Atlanta. 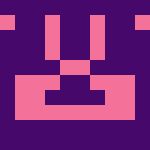