There is a time and a place for extravagance, and Lia Ices’ third full-length release, Ices, is undoubtedly such an occasion. Unapologetically eponymous, this album is exorbitantly rich with an upbeat grooviness, begging you to bop along.

Ices’ songs layer and build instrumentals to the point of oversaturation. Sometimes, the clutter is too much: one particularly busy song, “Creature,” drowns out Ices’ vocals in a cacophonous jumble of competing percussion lines. Still,though, the album is not a headache. Ices’ vocals are raw and resonant, tempering the current of high-energy beats, ultimately fortifying the LP.

Appropriately, it is the sweet-sounding single, “Higher,” that buoys Ices. For all of the track’s sweetness, a slur of dissonance keeps it fresh, not allowing the listener to drift into the complacency of a common pop-song. It may even be tempting to dance along to “Higher,” or to the similarly upbeat track, “How We Are.” For the most part, though, the unpredictable cadences of Ices are appropriate only for the expert dancers among us.

Ices promotes her release as “a celebration of flight, levity, and the conviction that you can leave earth.” Her evaluation is accurate––Ices is immersive. This is a tune-in to tune-out sort of album, suitable for a loud headphone-induced reverie. Ices also captures the theme of flight in the ease with which she uses eclectic influences: “We hear sounds from all over the planet in this album.” Again, she is right. The album bounces all over the place.

Ices’ fans may be surprised by the departure from the sound of her earlier work. This time, the airy voice that drove her first two albums with only minimal instrumentation is heavily pronounced. Still, the songwriter’s voice steals the show. In Ices’ haunting final track, “Waves,” her vocals are especially intricate and gorgeous, like a collection of icicles dancing off your dorm room window. 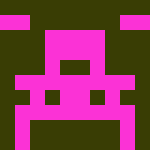