Saxa Politica: GU history is far from a fairytale

Once upon a time, Georgetown became the first Catholic university in America to have an LGBTQ center, with not one, but two full-time staffers—an anomaly at the time. Today, the Georgetown LGBTQ Center and student group GUPride serve as pillars of support for LGBTQ students, with regular meetings and programming.

This fairytale is the one that is handed down “for generations to come”—each incoming freshman class given the same story, the moral of the fable being that Georgetown—Catholic, Jesuit Georgetown—was progressive for its time.

The truth, however, is that LGBTQ students at Georgetown have had a long-suffering history with the University, dating back to 1970 when homosexuality was finally removed from the Diagnostic and Statistical Manual of Mental Disorders. In the fall of 1987, students successfully sued the University to establish a student group that would have full access to benefits, which became GUPride. Still, LGBTQ students were repeatedly denied the privilege of a resource center. The University’s only concession was the hiring of a part-time staffer in 2004.

Then, Sept. 9, 2007: a Georgetown student was assaulted in the early hours of the morning. The perpetrator yelled anti-gay slurs, broke the student’s thumb, and left him nursing several cuts and bruises. Less than a month later, a student was shoved and verbally abused on the Lau steps. These two incidents garnered so much attention that President DeGioia created working groups, which came up with the Bias Reporting System of today, and, in 2008, designated an official space for LGBTQ students to congregate and find resources.

There was another spate of sexuality-based bias crimes in late 2009. And this past weekend, when a student was assaulted by a man screaming homophobic slurs, the Georgetown campus banded together in collective disgust at the crime, and support for the victim. But no undergraduates today, even if they are factually aware of the history of the relationship between LGBTQ students and the University, lived through the experience, or have firsthand knowledge of the incidents.

The narrative of the LGBTQ community at Georgetown is not the only narrative that has been streamlined and tailored into a neat, compact story that fits in right along other Hoya slogans: “Men and women for others,” “Cura personalis,” “Ad Maiorem Dei Gloriam,” and most recently, the drumbeat of the words “a living, learning community.”

I don’t blame Georgetown for maintaining a well-manicured PR strategy, nor do I think that the administration actively works to hide facts: the student struggles are simply omitted from the story. And since student turnover is so high, especially compared to the long-standing careers of members of the University administration, the truth gradually slips away, until, like clockwork, every four years, the administration can master the version of history that ends up cemented in the future students’ minds. The Public Safety Alerts about hate crimes and the calls for rallies in Red Square languish in the inboxes of dormant NetIDs.

As we move into the final phases of the implementation of the 2010 Campus Plan and look ahead to the beginning of the negotiations for 2017, we must engrave the minute details of the slow, painful slog of the creation of the 2010 plan onto the mind of the collective student body. Reader, do you remember www.drunkenstudentsofgeorgetown.com? Do the names Lenore Rubino and Jennifer Altemus mean anything to you? How about Ron Lewis? It is crucial that as Georgetown seeks to expand, both physically and academically, that students continue to advocate for themselves as the University’s highest priority. It is on the backs of our research, our theses, the weird number of SFS graduates who have gone on to to run Latin American countries, that Georgetown’s reputation still proudly stands, and we must remember that and exert ourselves to remind the administration and our neighbors of this fact. If not us, who?

Campus plans are not the only issue. As we begin to embrace dialogue about race and socioeconomic diversity and gender, it is a perfect moment to change the way we remember. It falls on us, the student body, to diligently record and pass on every fight, every negotiation, and every disappointment. It is up to us to maintain institutional memory so that every group can cultivate an accurate and nuanced narrative. Fundamental and progressive change moves slowly, and we cannot set ourselves back every four years if we want to continue to advocate for ourselves—no matter the issue of the day. Compiling a Student’s History of Georgetown would be my fantasy. That would, to me, be a fairytale ending. 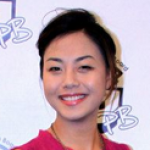 Julia Tanaka
Julia Tanaka doesn't do anything for the Voice anymore. She is sad about it.