The Role of Stats in Deciding the MVP Race

Although the MLB awards won’t be announced for two months, baseball fans have started to engage in the yearly tradition of debating who deserves which award. The Mets’ Jacob deGrom and the White Sox’s Jose Abreu appear to be the consensus Rookies of the Year, while Clayton Kershaw of the Dodgers and Felix Hernandez of the Mariners seem poised to pick up the Cy Young awards. Like years past, however, it’s difficult to narrow down a favorite for the MVP awards.

In the past two seasons, the American League MVP awarded has led to heated debate in the baseball community. Miguel Cabrera finished first ahead of Mike Trout both times. The two players represent competing schools of thought in evaluating players: Cabrera was the old-school candidate that relied on classic stats like batting average and RBI, while the sabermetrics community heralded Trout’s campaign using advanced stats to prove his dominance. The debates became so intense and absurd that both sides began to underrate the player they were arguing against.

Wins above replacement (WAR) is the statistic that encompasses all of a player’s contributions, everything from performance at the plate to dexterity on the basepaths. While I think stats like this are invaluable for evaluating players, especially within the front office, I also believe just looking for who has the highest WAR to determine the MVP award is silly. There are known flaws about the stat: defense wildly fluctuates often leading to some questionable results; it doesn’t value the importance of a catcher’s pitch-framing; the difference between pitching and hitting stats raises some questions when evaluating the two under the same microscope.

These issues with WAR as a statistic are not the only reason I find it troubling to use it as the sole evaluator for awards. I think I speak for most fans when I say that we don’t watch the game for WAR or other statistics like Batting Average on Balls in Play (BABIP) and Fielding Independent Pitching. These are useful tools for better grasping the effectiveness of players, but they ignore the fundamental appeal of the game. Baseball is entertainment; we watch for the tape measure home runs and the knee-buckling curves, not the math equations.

This year a similar debate figures to ensue over the merit of sabermetrics. Giancarlo Stanton of the Marlins has had a phenomenal year at the plate and played great defense, while Clayton Kershaw is in finishing up another masterpiece season in the National League. Mike Trout has produced at an extraordinary level for the third straight year, but cases can also be made for Felix Hernandez and Robinson Cano, who have both dominated in Seattle. The arguments for Stanton and Cano rely mainly on classic statistics, while the others’ cases are a mix of sabermetrics and common stats.

I hope voters consider other factors beyond stats. I don’t mean to discredit advanced metrics at all; I’m a huge advocate for sabermetric literacy within the baseball community. But I do think it is worthwhile to look at the historical factors when deciding awards: the importance an MVP would mean for Kershaw and Hernandez given the rarity of pitchers taking home the award; how winning the award would serve as the official coronation for Trout as one of the greatest young players in the sports history.

There are many different factors to consider when voting for the MVP award. Obviously, voters should decide mainly based off what happened on the field, but, throughout the awards history, the narrative from the season that captivated baseball fans all summer long has been a factor. Advanced stats have done wonders for the game and should have a large place in deciding the MVP, but we watch the game for the storylines. That cannot be forgotten. 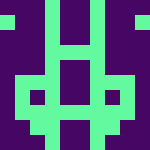