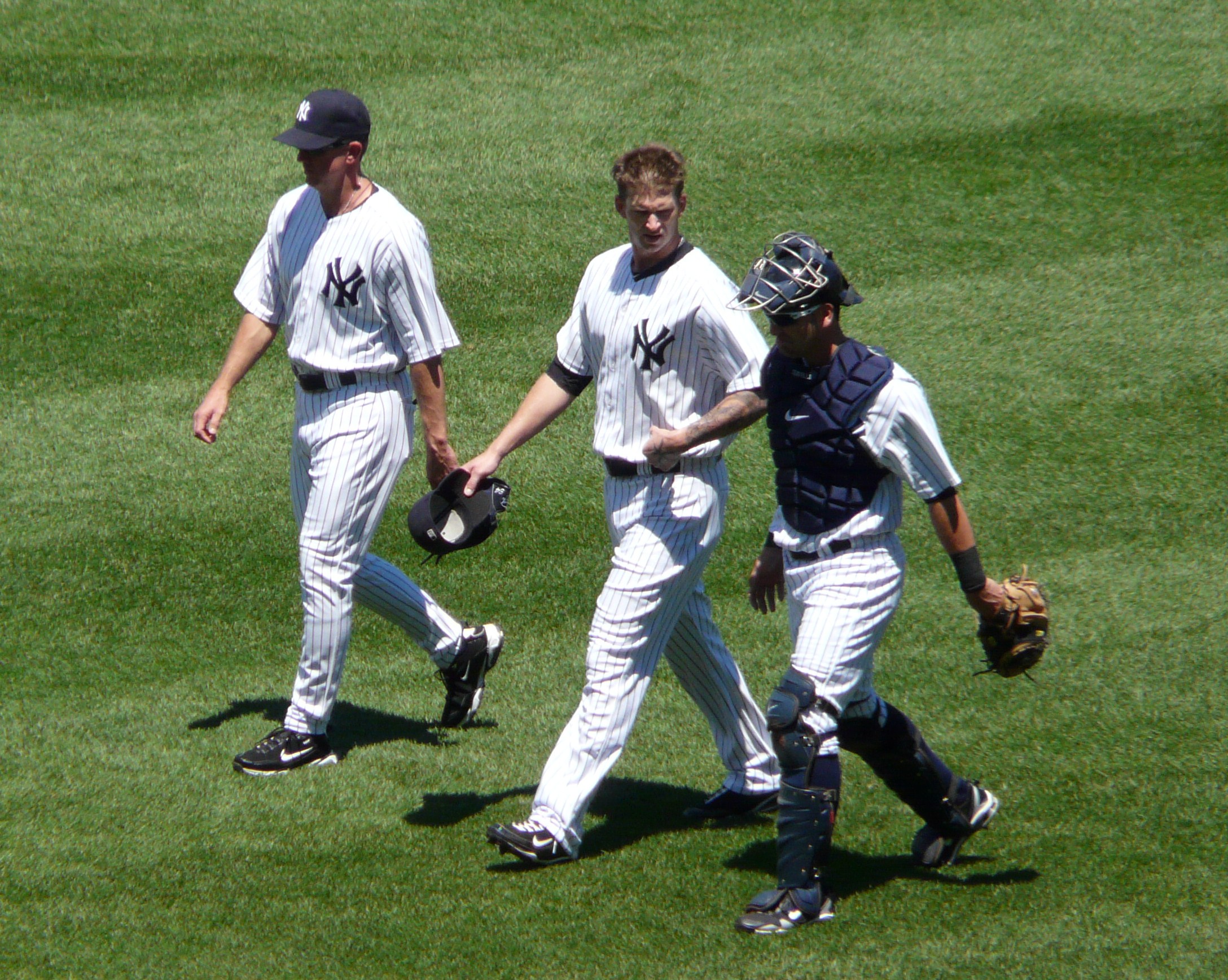 “I’ll stop hating them when they let their players have facial hair and don’t have 27 championships.” – a friend of mine talking about why she dislikes the New York Yankees.

The Yankee name still brings the haters out, and that’s certainly not surprising. I completely understand why the clean-shaven, perennial American League favorite was so widely detested among baseball fans. If you hate them because they’re well-groomed, give Clint Frazier, who plays for my hometown Scranton/Wilkes-Barre Railriders (the Yankees’ AAA affiliate), a look. If you hate them because they have 27 championships — you’re perpetrating the same annoying behavior as the New York fans who respond with “27” and nothing else when their team is criticized.

A reasonable argument for hating New York, in my opinion, is that the Yankees bought their most recent success: the team’s 2009 total payroll ranked as the highest in the league and was almost $65 million more than the second highest team’s salary commitments. That year, the Yankees won their most recent World Series championship after spending a combined $424 million on C.C. Sabathia, Mark Teixeira, and A.J. Burnett in the previous offseason.

The Yankees’ current adjusted salary cap hit for the 2017 season is $194 million, which includes a $21 million commitment to Alex Rodriguez for being the team’s special adviser and instructor and the last $25 million owed to Sabathia from his massive 7 year, $161 million contract. Beyond those huge contracts, the Yankees currently hold a commitment to Masahiro Tanaka for a deserved $22 million per year until 2021. Jacoby Ellsbury, who will be 37 in the last year of his contract and hit just .263 last season, is also receiving $21 million per year until 2021, so Yankee critics should be happy, not angry, about his huge deal.

The Yankees didn’t make runs at top pitchers Max Scherzer, John Lester, or James Shields in 2015, a surprising development, especially for a New York squad that missed the playoffs and finished with a 2014 ERA below the league average. They were never considered a major player for top hitters Pablo Sandoval, Hanley Ramirez, or Nelson Cruz, either, and ended the free agency period by simply re-signing third baseman Chase Headley.

Of course, the argument that you should stop hating the Yankees because they don’t spend as much as they used to is dumb. Their 2017 payroll is still third-highest in the MLB, behind only the Dodgers and Tigers. The Yankees could just be cutting costs under the weight of those ridiculous contracts given to Rodriguez, Sabathia, and Ellsbury. Or, they could be gearing up for a spending spree when Bryce Harper, Manny Machado, and others become free agents in 2018. There’s no reason anyone should give the Bombers even a sliver of pity.

Still, there’s certainly been a clear shift in the Yankees’ business and player operations over the past few years. There’s talk of potentially getting under the luxury tax in 2018, which would mark the first time the Yankees have been under the tax threshold since the current rules began in 2003. Last summer, the Bombers were sellers at the MLB Trade Deadline for the first time I can remember. McCann, Beltran, Chapman, and Miller were traded away for a treasure-trove of top young prospects, drastically boosting the team’s minor league talent pool. In June 2016, the Yankees’ farm system was ranked thirteenth in the MLB; by the beginning of 2017, it had risen all the way to first. The Yankees then re-signed Chapman during the 2017 offseason in a masterful piece of GM work by Cashman, essentially gaining three high-level prospects from the Cubs in exchange for two months of Chapman.

This season brings no expectations for Yankee fans and will likely provide a learning curve for top prospects in catcher Gary Sanchez, first baseman Greg Bird, right fielder Aaron Judge, and potentially others to receive MLB experience. The stars of 2009’s championship season have largely departed, with Sabathia and Brett Gardner being the only major contributors still remaining on this year’s team. Considering the young talent currently on the Yankees’ major league roster and others slowly climbing the ranks of the team’s farm system, it’s a very real possibility that there could be a new generation of homegrown Bombers emerging within the next few seasons.

As a Yankee fan, I don’t want anyone’s pity, nor do I deserve it. All I’m saying is that, maybe, just maybe, the Yankees’ current bottom-up approach is making it harder to hate them than in the past. If they pass on offering Harper a monster contract and allow their surplus of talented young prospects develop into a proficient major league core, it’ll be a different Yankee roster than we’re accustomed to: a homegrown team more comparable to the Cubs’ World Series-winning roster than Yankee squads of old.