SBTRKT’s new album, Wonder Where We Land, glides us through magnificent atmospheres of edgy textures and abstract synths, but, in the end, misses its landing. Straying from his groovy EDM roots, Aaron Jerome (a.k.a. SBTRKT) takes a step away from the mainstream with the experimental Wonder Where We Land. An album that begs to be listened to twice, its occasionally bizarre soundscapes turn lush and vivid as Jerome expands into new sounds.

Jerome compares and contrasts a wide range of moods and effects. The opening synth chords on “Osea,” while eerie and unsettling at first, gradually diffuse and help clear the palette for the more upbeat tracks that follow. The album’s eclectic curation of percussion, synths, piano, and rap requires you to give the music and its subtleties room to sort themselves out, but often fails to precipitate into cohesive tracks.

Throughout the album, Jerome infuses the soul of R&B and hip-hop with flashy EDM build-up and drop-off. Balancing these disparate elements, “Higher” and “Temporary View” are upbeat yet perfectly restrained, evoking a recurrent sense of excited unease. In “Voices in My Head,” J Dilla-esque, soulful beats mingle with smoky piano chords, laid-back drums, and eventually dusted synth.

When the two genres, R&B and electronic, mesh together successfully, they demonstrate Jerome’s skill in arranging divergent musical styles. But when they clunkily collide, they produce cacophonous, confusing tracks, desperately crying to be more clearly defined by a common genre.

All of these elements may seem like an unexpected mixture, but Jerome combines them in such a way that effectively strikes up many moods that mingle in novel ways. The pace of the album builds gradually, the plot thickening with each song. But once the last track finishes, the album’s horizons remain just as cloudy as they initially appeared. 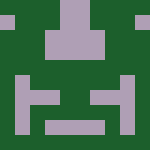