Politics and Soccer Collide as Drone Flies Over Game

On Tuesday, during a European 2016 Championship qualifying match between Serbia and Albania, a small drone flew over the pitch carrying a low-hanging flag that depicted an image promoting the idea of Greater Albania.  The match, played in Belgrade, Serbia, had to be abandoned soon after the flag’s appearance in the 43rd minute.  Much of the background regarding the story is muddled at best.  Serbia has put out allegations and consequently stated that it arrested the Albanian Prime Minister’s brother, Olsi Rama, who was in attendance at the match. He, in return, has claimed to never have been arrested nor to have had anything to do with the drone’s appearance.  “I am very disgusted by the allegation of my having any involvement in the piloting of the drone,” he said to CNN on Wednesday. Serbia’s government has stated that its reason for allegedly arresting Rama was his possession of the drone’s controller.

Regardless, what cannot be denied is the explosion of violence following the arrival of the drone.  Serbian ultras (particularly passionate fans) began to cheer when the flag first appeared, but the emotion quickly turned sour when the flag’s pro-Albanian nature became clear, with flares being lit and at least one NATO flag being burned.  Marked by a roar of approval from the fans, Serbian player Stefan Mitrovic leapt to bring the flag down.  The fans joy was immediately countered by the anger of Albanian players, who confronted Mitrovic.  A scuffle soon began between the teams that included bench players.  Officials were drawn in as they tried to restore order.

Despite attempts at police control, ultras soon broke through and made their way onto the field, some attacking Albanian players. In fact, the situation deteriorated so quickly that Albanian players were forced to leave the pitch under duress as chairs, water bottles, and other missiles were thrown in their direction. Well-known Premier League players such as Chelsea’s Branislav Ivanovic and Manchester City’s Aleksander Kolarov attempted to play peacemakers from the Serbian side. Kolarov, the Serbian captain, in particular tried to reason with fans and defended his Albanian counterparts.

Serbia to this day refuses to recognize Kosovo as an independent state. On the other hand, there is a large Albanian population in Kosovo, and the movement towards Albania has certainly strengthened. Images show ethnic Albanians in Kosovo reacting positively while watching the events transpire in large public viewings of the match.

We often hear of racism in soccer, but it is important to remember that sports can be the stage for other issues as well, especially those of a political nature.  For example, while most of the world’s countries recognize Kosovo as an independent state, it is denied a competitive team by FIFA. If Malta, with an area of 122 square miles, can compete in international tournaments, then there is no geographic reason for Kosovo not to. Clearly there are larger forces at play here.

In recent times we have seen ugly incidents regularly in soccer.  From the alleged slavery in Qatar to shootings between ultras in Italy to racism across all leagues, social issues have often been pushed to the forefront of people’s attention. Sports play an important role in many of our daily lives, regardless of how trifling their outcomes really are.  Let’s hope that those in the public sphere can use the attention generated by these sporting incidents to enact lasting and widespread change in our world that so desperately needs it. 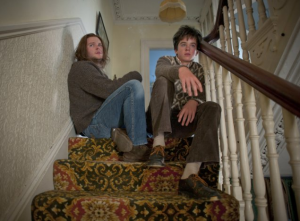