I would have said that Cold War Kids did a fantastic and appropriate job of promoting their new album, Hold My Home, if its content wasn’t so dull. The singles are catchy, the pre-release interviews are exciting, and the teaser music video for “All This Could Be Yours” is downright sexy.

Unfortunately, Cold War Kids got their fans aroused for no good reason. Despite some exceptions on its tracklist, Hold My Home is disappointingly lackluster.

But lest you think that Hold My Home is a total flop, rest assured, there are undoubtedly some diamonds in the rough.  The lead single, “All This Could Be Yours” opens with a thumping piano line that brings to mind an angrier Billy Joel and a percussive Billy Squier-esque backbeat.

“Hot Coals” is another decent find in the mix of forgettable songs. Nathan Willett’s voice sails from gravelly lows to passion-driven, stratospheric highs. The track is made all the more powerful by despondent lyrics and an abrupt, yet strangely fitting ending.

Sadly, for every memorable song on Hold My Home, there are several duds. The LP’s anachronistically named second track, “First,” is one such piece. With lyrics such as “first you get hurt/then you get sorry,” Willett gives an uninspiring, monotonous testament to a lost love. Although Dann Gallucci’s backup vocals somewhat balance the essentially tedious track, “First” is an appropriately bland representation of the album to come.

It’s been a decade since Cold War Kids released Robbers and Cowards, the album that placed the group at the forefront of the indie rock scene.  In the absence of any truly stellar recordings since, however, Cold War Kids disappoint their indie following, and are beginning to seem as gray as the former Soviet Bloc.

Voice’s Choices: “All This Could Be Yours,” “Hot Coals” 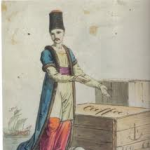 A DREAM deferred for immigrant students