An ex-Spy-Kids actor, donning a cowboy hat and a Wu-tang Clan T-shirt, walks into a bar.

The Hamilton’s bar at the corner of 14th and F Street, that is.

On October 20th, the evening streets of downtown DC dripped with icy fall rain and young professionals struggled to catch their home-bound buses; the Hamilton’s basement performance space, however, existed in a world apart. The poster-bedecked walls and buzzing dinner tables pressed eagerly up to a small—but sufficient—dance floor and stage. Alejandro Rose-Garcia, better known by his band moniker “Shakey Graves,” filled the performance space with a warm, kinetic energy (a charisma no doubt primed on the set of Spy Kids 3-D: Game Over). A crowd of souls brave enough to venture out on the bitter Tuesday evening hung on his every note and word.

Stepping on stage, the musician heartily thanked his openers, Esmé Patterson and Joe Sundell. (I must note both the incredible talent of these performers, and my sneaking suspicion that they have jumped right out of a saloon in an old time Western movie. And I say that in the most complimentary fashion.) Shakey Graves enthusiastically shouted to the audience:

“We’re going to start with an aggressive waltz, so grab your loved ones and hold the f*** on.” He paused.

“Fine line?”, he laughed, and the performance took off.

Within seconds, I found myself stamping my foot along to Shakey’s jaunty, percussion fueled music. Just as soon as I began to wonder whether or not my foot would put a hole in the floor, the musician transitioned into a mellow-tempo-ed ballad from the vault.

Shakey Graves describes his music as “hobo folk.” In this case, that refers to a captivating mixture of alt-folk, rock, and blues with a country sensibility. As the amalgam of styles might suggest, his musical performance was unpredictable—tempos shifted at moment’s notice and sounds alternated between driving electric guitar and simple, haunted strumming. ShakeyG, as I affectionately refer to him, had a singularly raspy voice that transitioned seamlessly between low crooning and ragged near-shouting. Grounding the changeable nature of his repertoire was a driving, infectious beat coming from the musician’s handmade kick drum built from an old suitcase.

Alejandro Rose-Garcia’s acting roots clearly had not faded, and served him well on stage. Shakey’s conversational performance style manifested itself throughout the evening: he didn’t hesitate to dish out advice, launch into a comedic routine, or introspectively reflect between—and often in the middle of—songs. Rose-Garcia’s quirky moments, including banter with his drummer Boo and his charming flirtations with the lovely Esmé, became part of the fabric of the evening. His frenetic comedic moments and warm interactions with the audience lent as much to the evening as the music itself.

During the final song, the sweet and upbeat “Big Time Nashville Star,” Shakey and Esmé asked the audience to fill in lyrics—a task we were all too eager to comply with. The many voices in the room sang out the final word of the song: “worst.” As our chorus faded out and the band thanked us for the evening, I couldn’t help but think about the irony of this final lyric. The absolute cheesiness of my sentiment is not lost on me (and I may live to regret immortalizing it on the interwebs), but this was far from the “worst” concert experience I’ve had. Shakey Graves surpassed my expectations on that brisk, fall night, enthralling the crowd with his charming, comedic, and more than skillful performance. 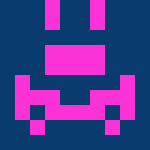 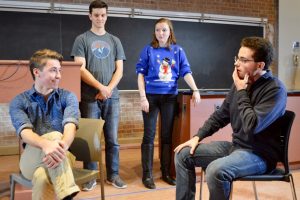