The first sign is the smoke.  It’s not fire in the theater, but a kind of incendiary nonetheless—a rich, woody haze wafting from the omnipresent pipe of Egyptian President Anwar Sadat (Khaled Nabawy) that helps honor, for the next two hours, what it means to be an audience.

The audience has never been more rewarded than it is experiencing Camp David, the Arena Stage’s production of Pulitzer Prize-winning author and New Yorker staff writer Lawrence Wright’s moving depiction of perhaps the thirteen most diplomatically consequential days in Middle East history. The play narrates the idealistically conceived and thoroughly tense 1978 negotiations between Sadat and Israeli Prime Minister Menachem Begin (Ron Rifkin) hosted by U.S. President Jimmy Carter (Richard Thomas) and First Lady Rosalynn Carter (Hallie Foote) at the eponymous presidential retreat in Maryland. Camp David pays both diplomatic and aesthetic homage to the toil, tribulation, and ultimate success of their labor, which resulted in the most lasting peace accord between Israel and its formerly belligerent Arab neighbors ever conducted in the region.

From the outset, the play is rooted in its awareness of audience. Contemporary newsreels projected between scenes and behind the tree trunks of the Maryland woods that divide the stage depict events in the Middle East and Washington that frame the ongoing negotiations. Just as these paratextual signs interpose scenes, our experience of the action occurring on-stage is shot through by the heightened realization that we’re not the only ones watching.

Camp David is a study in diplomacy made intimate. Here the headlines have been peeled back, the inscrutable laid bare, the epically historic made almost terrifyingly human.  Perhaps the most surprising element of Wright’s script is its humor, whether it’s a result of  Sadat’s affable charm, Begin’s razor wit, Carter’s self-aware asides, or Mrs. Carter’s timely intercessions that often seem the most civil discourse to be had. Camp David is thus an intensely humanizing experience that restores fully realized characters to historical figures whose personalities have been overshadowed by their names. History, family, and home are paramount to all three national leaders.  Begin and Sadat independently wax philosophic about the formative influence of their fathers, deriving their patriotism as both biological sons and sons of their countries. Carter’s connection to his humble farmland upbringing reminds us that even eminent statesmen occasionally get their hands dirty. And it is ultimately Carter’s loving relationship with the First Lady—who emerges as perhaps the more patient, pragmatic, and prudent of the two—that sustains him when the going gets rough.

But if Camp David puts the humanity of these individuals on full display, it wisely refuses to ignore their idiosyncrasies, failings, and follies as well. Rifkin’s Begin comes off as a brilliant but fearful leader whose unwillingness to assent to peace terms until the final moments of the play is never without excuse.  adat’s changing relationship with Carter over the thirteen-day negotiations cynically attests to the personal stakes of international politics in which compromise comes at the cost of friendship.

Camp David has a lot in common with epics like Homer’s Iliad, the Bible, or the Epic of Gilgamesh.  Watching Thomas’s President Carter tilt his head towards the upper gallery and appeal directly to a higher power for guidance in his darkest of moments evokes something quasi-Campbellian in which the hero’s most awe-inspiring pathos accompanies his greatest trial. Carter’s emphatic faith in God’s power to do good, which at first registers as vaguely naïve, ultimately strikes a note of pious validation for a small man who has set himself the petrifying task of overcoming historical enmities and securing peace between intractable enemies.  It’s a pathos clearly shared by the show’s D.C. audience, whether as Georgetown students or citizens of the district.  When the politics is made personal and the humanitarian is made human, it’s never been more of a pleasure to observe. 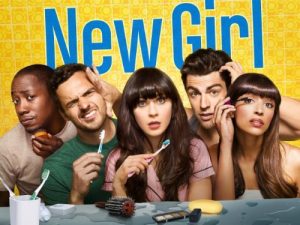 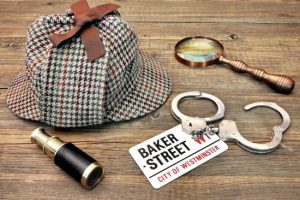 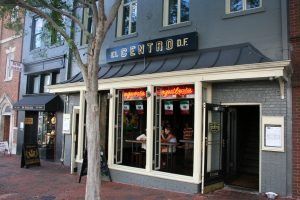